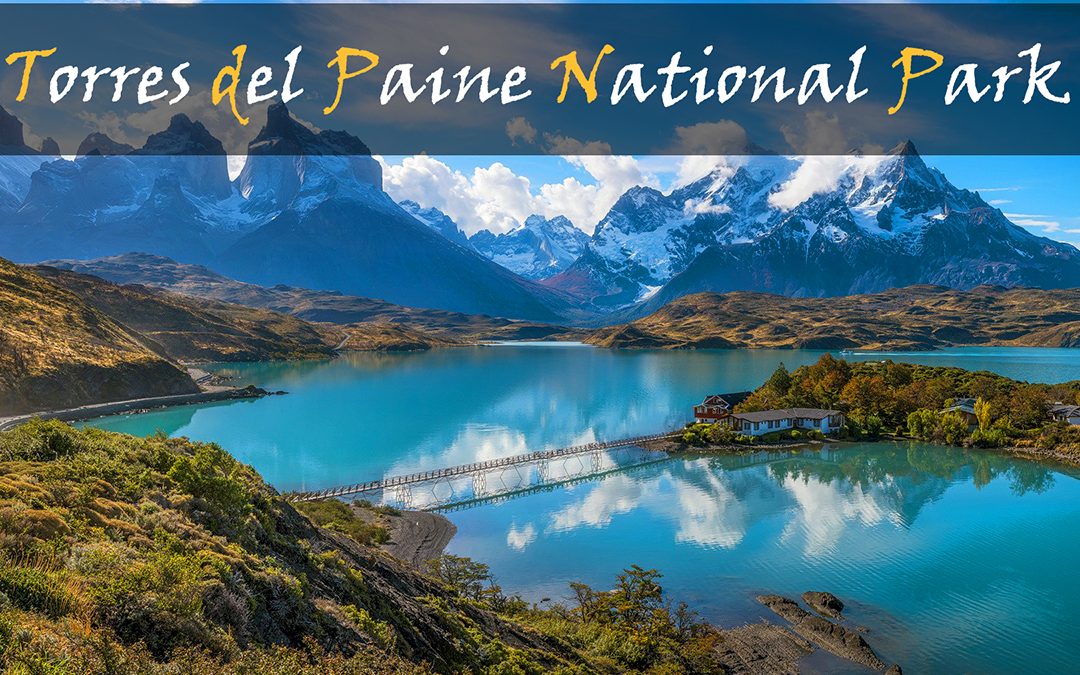 Torres Del Paine National Park – Welcome to our personal global national park bucket list blog series. If you haven’t been following our series, we have visited these amazing parks from around the globe.

In this blog I’ll have a look at, my first choice, the Torres del Paine National Park I’ll try to convince you why this is definitely a place to put on your very own, travel, bucket list. I’ll be covering 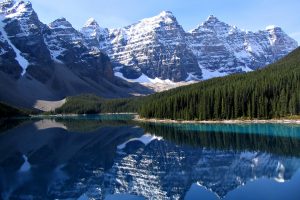 When we had our content meeting and this idea popped in my mind, as the words came out of my mouth my brain went wild with worry because I had no idea where to start and what parks to choose. Considering I haven’t even been to the Kruger National Park as of yet for goodness sake.

So as is the usual process these days, I typed in National Parks around the world in Google and…Oh my! I was bombarded with wonderment. From the Yellowstone National Park in the U.S.A. to the Komodo National Park Indonesia, there are just too many to pick from.

So I got researching and I looked through nearly every major park and Torres del Paine stood out for me.

Located in South America, one of my must see continents, The breathtaking views, amazing flora and fauna and visitor friendly hikes were the deciders for me. Not to mention the encompassing mountains, glaciers, lakes, and rivers. In summer it’s not to hot but not to cold and not to touristy either. Let’s take a closer look at what to expect.

Torres del Paine can be found in Southern Chilean Patagonia.

The park was established in 1959 as Parque Nacional de Turismo Lago Grey (Grey Lake National Tourism Park) and was given its present name in 1970. In 1976, British mountaineer John Gardner and two Torres del Paine rangers, Pepe Alarcon, and Oscar Guineo pioneered the Circuit trail which circles the Paine massif. In 1977, Guido Monzino donated 12,000 hectares (30,000 acres) to the Chilean Government when its definitive limits were established.The park was designated a World Biosphere Reserve by UNESCO in 1978.

According to the Köppen climate classification, the park lies in the “temperate climate of cold rain without a dry season”. The rainiest months are March and April, with a monthly average rainfall of 80 mm. So take pack your rain coats and macs. When I go, I’ll be going in January. It is the warmest time of the year with temperatures reaching 16 degrees Celsius. With a winter highs of 5 degrees… This born South African will definitely wait till January 😊

Terrain wise, small valleys separate the spectacular granite spires and mountains of the Paine massif (An eastern spur of the Andes located on the east side of the Grey Glacier, rising dramatically above the Patagonian steppe.) 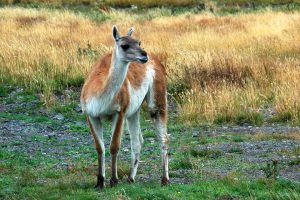 Torres del Paine National Park is adorned with beautiful vegetation, including the evergreen Chilean firetree/firebush which produces vivid red flowers grouped in corymbs, and the amazing Darwin’s slipper, of striking shape and colors.

The park has 7 documented species from the orchid family, including the Porcelain orchid. In the park 85 non-native plant species have been recorded, of which 75 are of European origin and 31 are considered to be invasive.

Guanacos are one of the most common mammals found in the park. Other mammals include foxes and pumas. It is also home to the endangered Chilean Huemul. The puma’s predation on guanacos in the park has been studied. 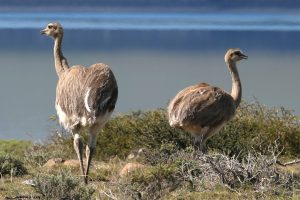 All Sorts Of Birds!

There are clearly marked paths and many mountain huts (refugios) which provide shelter and basic services. Hikers can opt for a day trip to see the towers, walk the popular “W” route in about five days, or trek the full circle in 8 to 9 days. The refugio locations also have campsites. Cooking with the campstove is not permitted except in refugio locations. Camping is only allowed at specified campsites and wood fires are prohibited throughout the park. Fantastico Sur (private) and Vertice Patagonia (concessionaire) feature various refugios and campsites in the park. Since October 2016, it is mandatory to book campsites or refugios before entering the park.

For less adventurous visitors, there are several hotels located around the park. Hikers are not allowed to stray from the paths in the national park. The visitor impact on the park has been scientifically measured.

A certified guide is required to access some parts of the park. These arrangements need to be made before entering the park.
Visiting the park is recommended between September and April, during the southern spring, summer and early autumn. During summer, daylight hours are very long given the extreme southern latitude. Outside of this time frame, the weather becomes extreme for the majority of the public. During the southern winter, daylight dwindles to only a few hours a day.

If you’re still not convinced… The park has been elected as the fifth most beautiful place in the world by National Geographic, and the 8th Wonder of the World by TripAdvisor.

Well I’m sold hope you guys are too, if anyone has been let us know if you agree.

*Imagery and some information obtained from https://en.wikipedia.org/wiki/Torres_del_Paine_National_Park