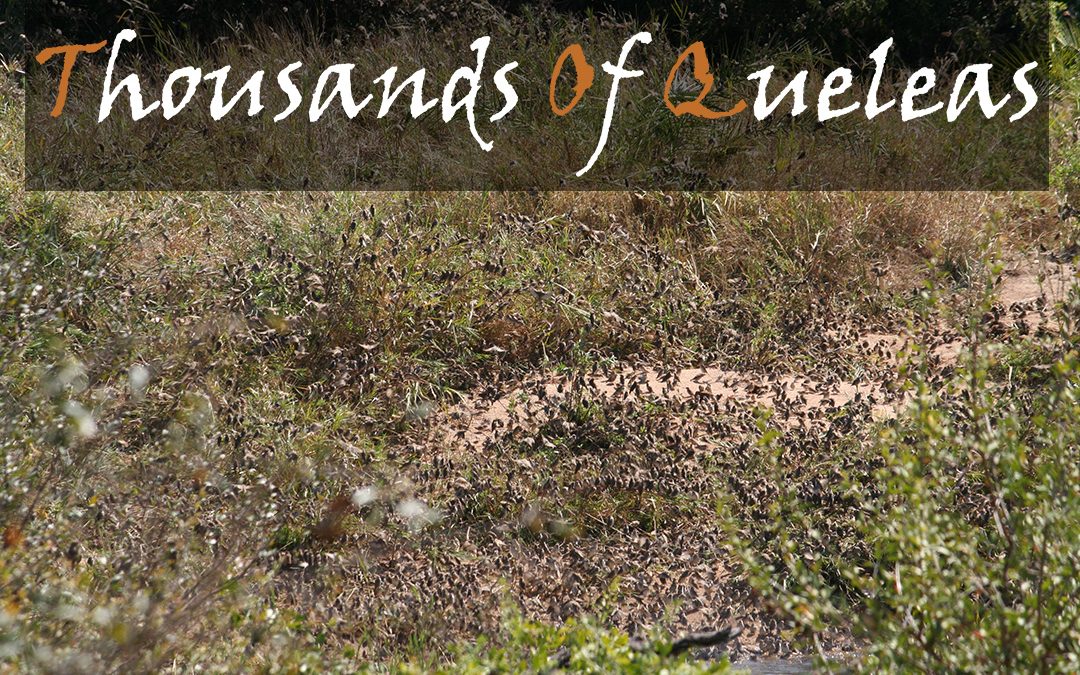 Stories Of The Kruger | Birding Chaos | Thousands Of Queleas

Birds Of A Feather, Flock Together… Especially Close To Orpen!

The Kruger National Park never ceases to amaze us. One of the hardest, most common birds to photograph in the Kruger are both the Quelea species. The Red-headed and Red-billed Quelea. You can often see them in their hundreds and thousands flying over head.

These birds seem to be very dull in colour, a boring brown. When they are in their breeding colours the males of both species look beautiful. Their heads go fully red and their bills go dark black and red respectively. These birds can be quite devastating in terms of causing destruction. There have been stories of flocks of 100’s of thousands of Queleas flying through farmlands and bush leaving nothing behind at all!

The Flock Of Destiny

We were coming back from Leopard’s View in the Balule Game Reserve. I have written two separate articles about Leopard’s View (One & Two), as well as an article on this trip.

We were leaving Leopard’s View via Orpen and the Paul Kruger Gate heading back to Edenvale. We saw a huge variety of animals and birds during this trip, probably more wildlife than I had ever seen in one day in the Kruger. The following was the highlight.

We were driving from the Orpen Gate on the H7, a few kilometers before Bobbejaan Krans. There was an absolute deafening noise as we drove along. We had no idea what was going on. The noise is hard to explain. If you hear a sparrow chirping, times that by a billion, that and wings flapping so loudly you would think we were in the Jurassic era. 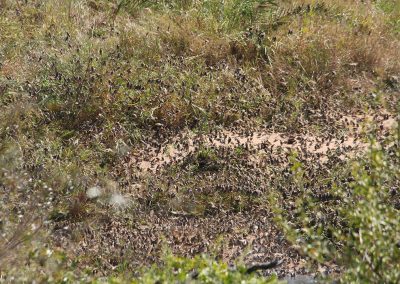 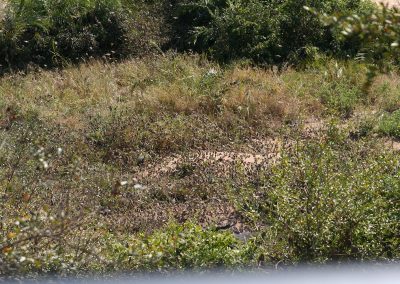 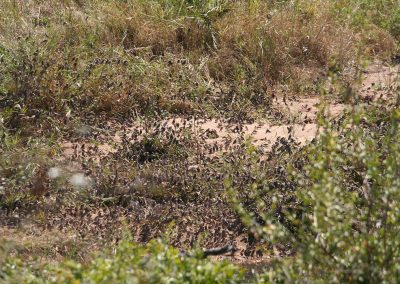 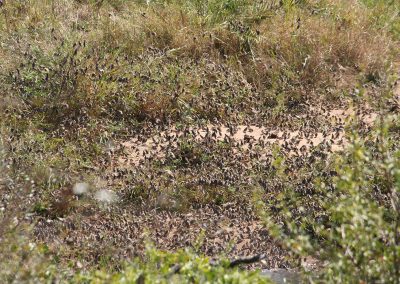 As we got closer, the noise got louder, and we finally saw what was creating this racket. Thousand of Red-headed Queleas. There was a small pool in a dry riverbed, and the birds covered that pool as well as almost every single tree in the area surrounding it. The Queleas took it in turns to drink, with 100’s at a time swopping positions from tree to tree and then to the pool. It was almost like they had an organized order in which they drank.

Cars were stopping to see exactly what was going on, however, many cars flew past, not knowing what a rare sight this is. We were lucky enough to get some (average) video footage and some cool photographs. What an amazing experience; one that we would be lucky to see ever again. The Kruger National Park is definitely “Far More Than The Big 5”.