by Gareth | May 7, 2019 | Kruger Animals, Special Experiences, Stories Of The Kruger | 0 comments 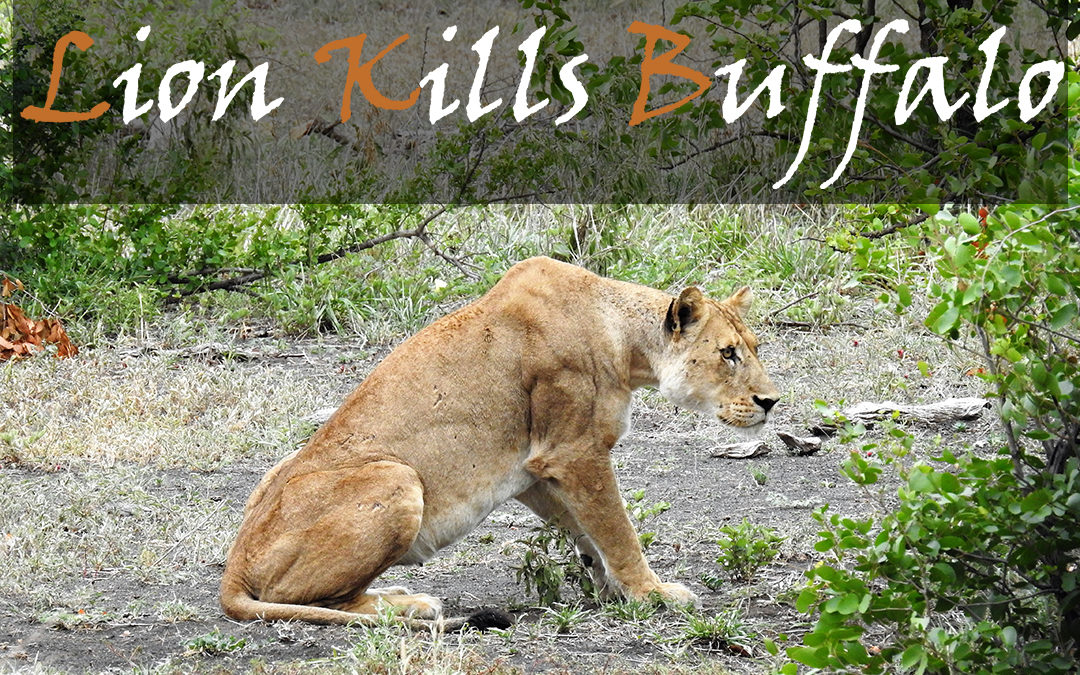 The Story Of A Lone Lioness & A Herd Of Buffalo

A Lion Kill… Most people dream of seeing one in the Kruger National Park, but very few have the privilege to witness such a spectacular and heart breaking event. It is indeed both. Heart breaking for the animal losing it’s life, but spectacular to see the Kruger Park in action, as well as the King of beasts hunting.

It was a great morning… We had seen Wild Dogs at first light on the S60, saw many Nyala close to Pafuri and Crooks Corner and had a great breakfast braai at Pafuri Picnic Spot.

Early on the weather was wet, but humid, in the low to mid 20’s. We had taken in the splendour of the far North and were ready to make a slow drive back to camp, at Punda Maria. The weather had cleared and was getting warmer, and there were few animals and birds about.

Then we stopped. Three beautiful sub adult Lion cubs caught our eye close to the side of the road, about 500 meters north of the S61/Klopperfontein Drift. It was an amazing sight to witness. We wondered where mom was, and then we saw her, lying a few meters away in thicker grass. We are not sure if this was the mom, or just a guardian while the rest of the pride was on patrol or hunting.

Aimee said let’s watch them for a bit. We are rarely blessed with such close sightings of Lions and cubs, and, we were the only car in the vicinity. We snapped away with our cameras and got some great photographs… After 15 minutes or so we heard a commotion coming from the opposite side of the road. A large herd of Buffalo approached. My heart started to race a little bit, could this be the time we witness our first Lion kill? My common sense said “Don’t be silly”, but my heart was racing and my imagination going into overdrive. Then the unthinkable happened. The Buffalo sensed the Lions and instead of fleeing, approached them. The cubs ducked into thick bush while the Lioness stood up and glared at them. The Buffalo came closer and closer and started to challenge the Lioness. This Lion was having none of it, and started running at the herd. The Buffalo herd then quickly turned around and ran away from where they initially came from. The Lioness had found her target though, a Buffalo calf, slower than the rest of the herd. In a flash she took down the calf while the herd ran for their lives. 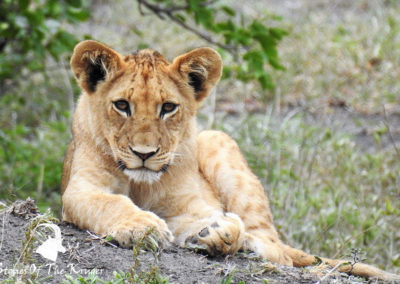 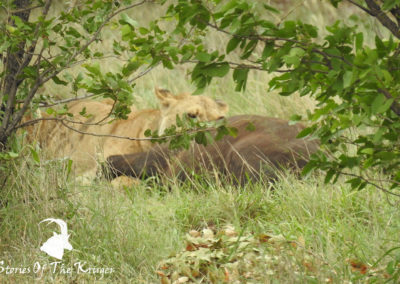 It Wasn’t Over… Yet

It wasn’t quite over yet. Many times on TV I have seen Lion kills and then they seem to suffocate their prey quite quickly. It took 20 minutes or so before the Buffalo calf subdued to it’s suffocation. We were still the only car!

The Lioness then moved off with the Buffalo and headed into deep and thick bush. Trying her best to keep Vultures away from seeing the carcass. She then crossed back over the road, while another car joined us, and fetched the 3 cubs. They quickly ran across the road and headed off into the thicket, to feed no doubt. That was the last we saw of them… Our adrenaline was pumping and we were replaying what we had just witnessed over and over again. What an event!

My common sense had since given way to my imagination, and this dream was real. We had witnessed our first ever Lion kill. In a place where you would least expect it. The situation was perfect for the Lioness, and for us, although Aimee felt very bad for the Buffalo calf, we know that this is a daily struggle and part of the wilderness of the Kruger National Park… What a feeling, something I will never forget, and to top it off, we have it on video as well, so you can live what we saw! The Kruger National Park is full of surprises and right place, right time moments. We had missed many Lion Kills by minutes before, but this time our patience paid off. The Kruger can be an unforgiving place for some, but a place of fruitfulness for others…