The H3 And Berg-en-dal To Crocodile Bridge 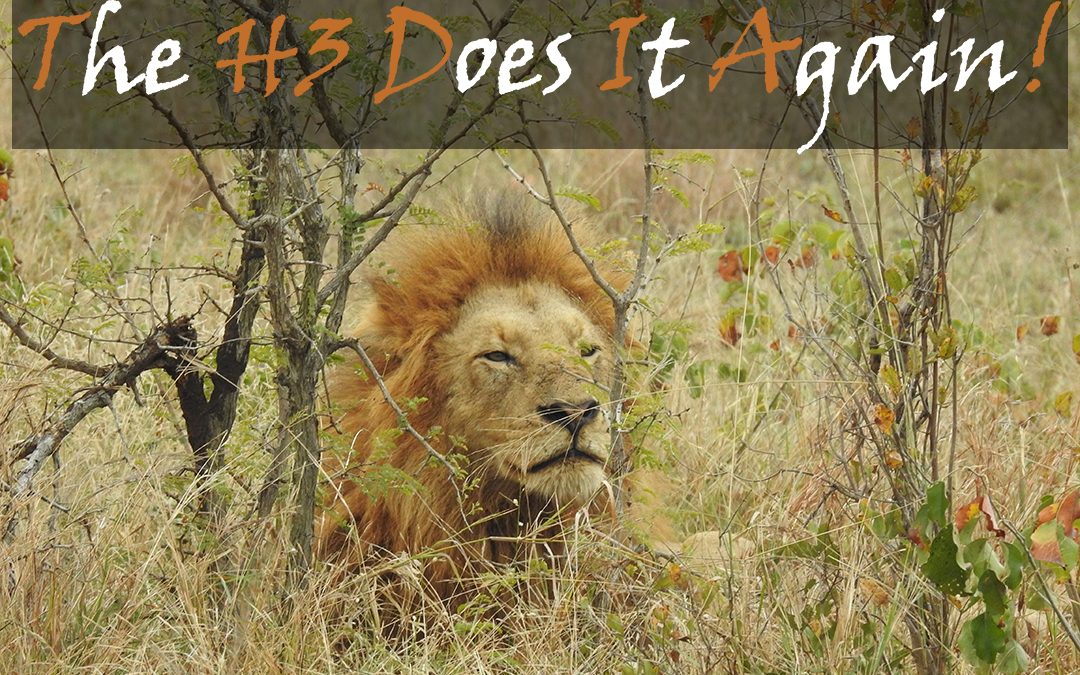 The H3 Does It Again! Lion, Wild Dog & Baby Hyaenas!

Waking up was a sad affair on the Sunday morning. It was our last day of short 2 night stay, but we still had 150 kilometers to drive in the Park which was awesome! We woke up at 5am and packed the car listening to the faint “whoops” of a Spotted Hyaena and the lovely Scops Owls who had been very vocal during the darker hours the whole trip.

As we were waiting at the gate I was debating whether we should go on the tar S110 tar road, or do the S120 Steilberg road. I asked Aimee, and she definitely made the right decision! About a kilometer from the gate, sitting on the side of the road, was a Serval! Aimee saw it in plain sight and I just missed it. As I reversed to have a better look, this shy crepuscular cat moved off. What a start!

Ten minutes later we found the Spotted Hyaena female we saw on the Sunset Drive on Friday (Read more here) and 3 more adult Hyaenas moving about in the road. They were behaving very erratically and we thought something might have been going on. Three of the Hyaenas moved on to the right side of the road and we could hear the characteristic Kudu barking alarm call. They had obviously seen the Hyaenas, or maybe even spotted a Leopard, we will never know.

As the other Hyaenas moved off, with the big female staying behind, we saw a small black head pop up from the den. It was a tiny Spotted Hyaena baby. It was so cute. It still had blue eyes and was very playful. A moment later, a second baby emerged; this one was a bit bigger, so the first one must have been the runt of the litter. We watched the baby Hyaenas play for 30 minutes before they went back into their den with their mom. What a special sighting.

We went back onto the H3 again, and started a magical journey that was initially full of Impala. As we were closing in on Afsaal, we stopped. As we looked to the left a large male Lion was walking in the grass, and then we spotted 2 more lying down. Another amazing sighting. We watched them for a while, 100 meters away from Afsaal, and we even saw one of the brothers of this coalition stand up and just fall down and roll on the other male, who wasn’t too impressed and didn’t feel like playing. The same male looked at us, and we managed to get an amazing photograph of him. The remaining 2 brothers eventually got up and walked off…

We decided to get some take-aways at Afsaal. We must say the staff there were absolutely brilliant. Full of smiles, so polite and even asking if we had seen the Lions. The food was great and not enough can be said about the friendliness of the staff.

Another 100 meters to the north of Afsaal we stopped again. This time, incredibly, we saw 3 Wild Dogs. They were quite a distance away from the road but great to see. We have had so much luck with Wild Dogs in our last few visits, it has been spectacular! The Wild Dogs eventually lay down, and we moved on.

Next up was one of the smaller mammals that is found in the Kruger National Park, one of the more adorable ones. The Dwarf Mongoose! This was the biggest group I had ever seen in my life, we lost count at about 30. Other cars even stopped to look at them, it was another great H3 sighting. They were foraging and grooming and we managed to get some beautiful photographs of these little creatures. 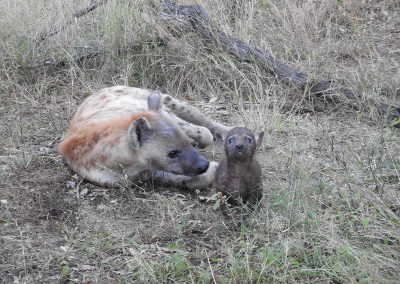 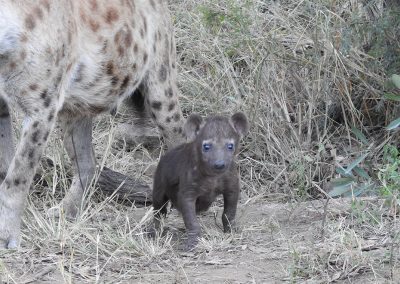 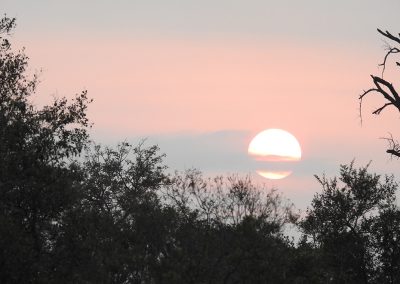 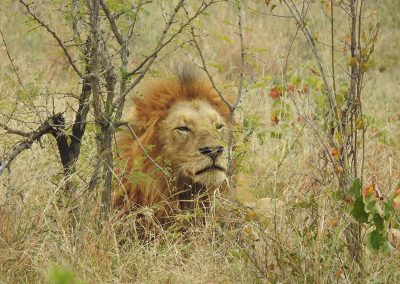 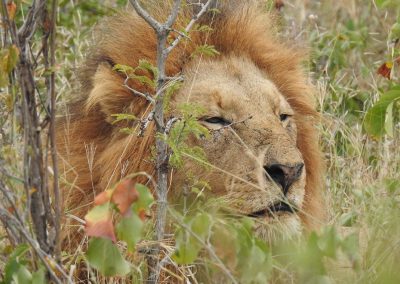 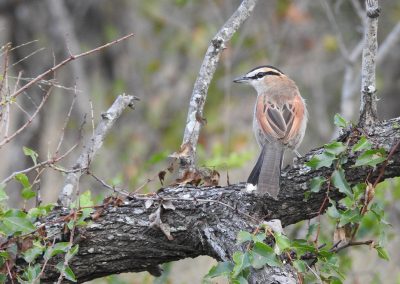 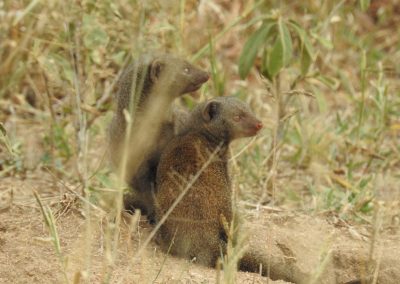 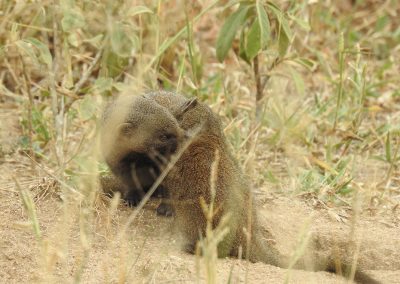 We moved onto the H4-1 and then the H4-2 towards the Crocodile Bridge gate, where would eventually exit the Kruger at 1pm. The bird life was less prolific on the road due to the amount of cars I presume. We did manage to catch glimpses of 3 Francolin species, Meve’s Starling, Tawny Eagle, White-backed Vulture, Tawny-flanked Prinia and Lilac-breasted Roller amongst others.

The game was plentiful, as it always is along the Sabie River. A Slender Mongoose shot across the road, and we saw 2 more lots of Dwarf Mongoose as we got close to the H4-2 road.

We got stuck in 3 Elephant roadblocks, all decent sized breeding herds, it was beautiful. Aimee loved it, but we are always very careful around breeding herds, they can be very unpredictable. We also saw a herd of Buffalo and the Baboons and Monkeys were all over the place. We managed to have great sightings of these primates relaxing, playing and foraging.

Then, our last stop, Sunset Dam. This must be one of the best waterholes, if not the best, in the entire Kruger National Park. The entire bank was covered in Crocodiles, there must have been 30-40 Crocodiles spread out all over the banks, I had never seen so many. The Hippo’s were calling and frolicking about in the water too.

The dead tree was full of African Spoonbills making a huge noise while building their nests. It was also the largest number of Spoonbills I had ever seen before. As we scoured the banks, we noticed Impala, Grey Heron, Yellow-billed Stork, Marabou Stork, White-crowned Lapwing, Sharptooth Catfish (Barbel), Western Cattle Egret and Black-winged Stilt.

We drove past a Lioness sighting in the distance. There were just too many cars around and we would have waited hours to see her properly, and we had an amazing sighting earlier, so we were not too worried. It was another great thing to see though, almost a parting gift of sorts. Three Days, 4 Lion sightings! We saw a few more Elephants, a herd of Wildebeest, Impala and some female Kudu before we reached Crocodile Bridge. We then filled up with petrol and headed home, with long faces of course… But what an adventure! What a trip, and what an anniversary! Needless to say, in May next year we will be booking our Anniversary at Berg-en-dal again!

Listed below are all the species we saw on Day 3: 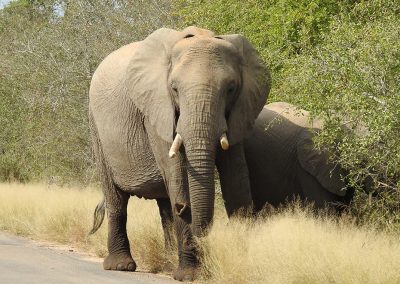 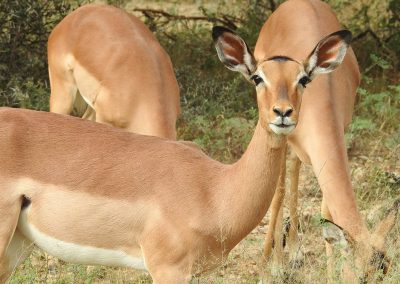 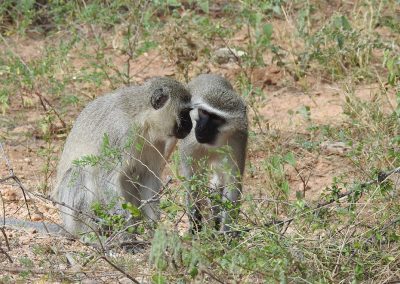 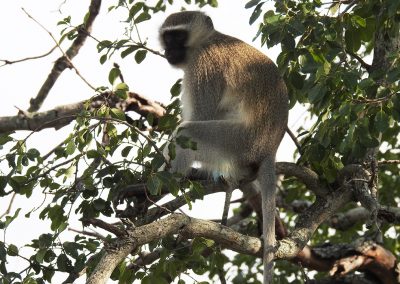 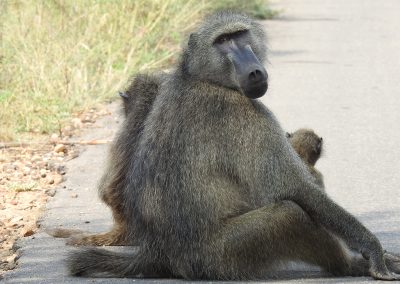 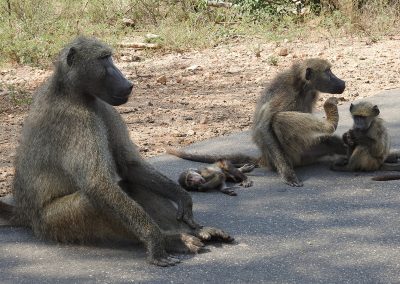 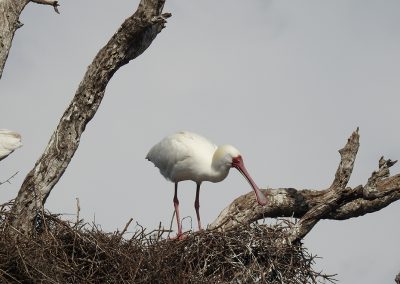 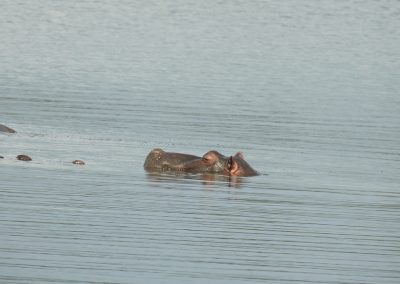