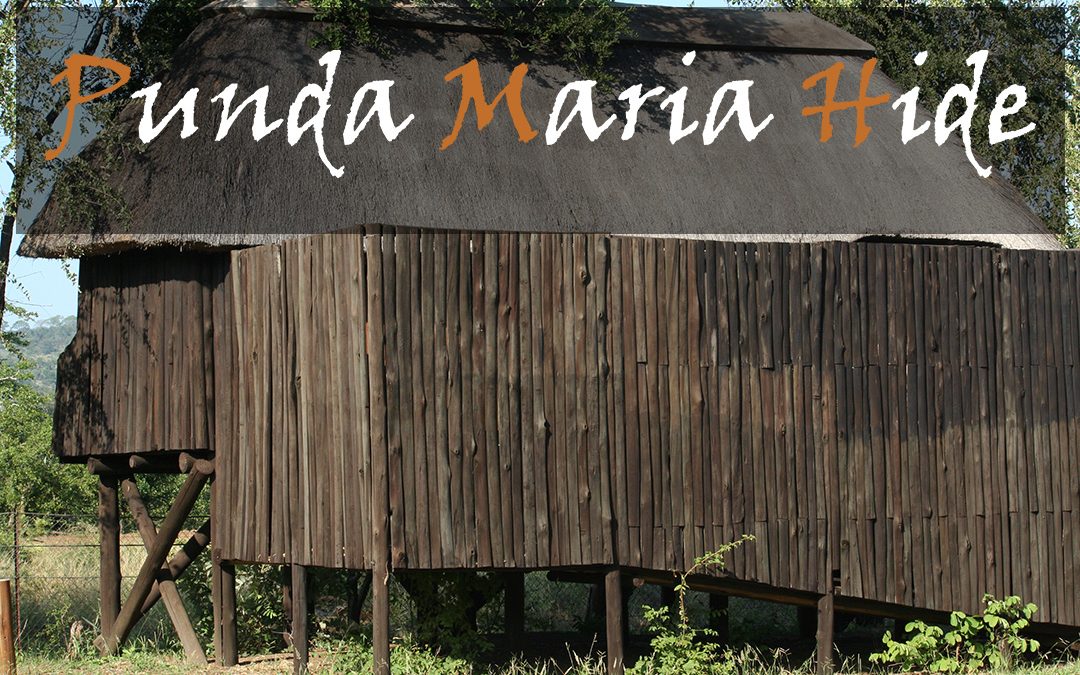 Stories Of The Kruger | Punda Maria Game Hide At Night

Punda Maria, my favourite rest camp in the Kruger National Park. The story I will tell you in this article is something I will never forget, and will always be one of my favourite experiences the Kruger has offered us.

We were on a weekend trip to the north of the Kruger for a bit of research. We left at midnight on the Friday and arrived around 10am at the Pafuri entrance. We visited The Outpost Lodge, the Pafuri Picnic Spot and other attractions on our drive to Punda Maria. We saw a variety of mammals and birds.

We got to Punda Maria, set up our camp and had a few Brandy’s around the braai. We made a last minute decision to go on a night drive. We saw quite a few Impala, Steenbok, bull Elephants, Nightjars, Barn Owl and an amazing Chameleon. There were Genets and Bushbabies around, but we did not manage to see any.

We saw Lions as well: Three juvenile males in pristine condition. We watched them and followed them while they were roaring and calling. I believe they were possibly trying to take over another male’s territory. That, however, was not the last time we would see the Lions that night.

After the night drive, around 10pm, everyone went to bed. I was so full of adrenaline I went to sit in the bird/game hide that is lit up at night. I stayed in there for about 5/6 hours. The first thing I noticed was a “Dagga Boy”. This is an old male Buffalo who has become too aggressive and is kicked out the herd; very dangerous, especially on foot. He was sitting in the mud adjacent to the main waterhole.

I could still hear the Lions calling every now and then. A Lion’s call can be heard from 5 to 8 kilometers away, so I presumed they were far away as they were going the opposite direction on the night drive.

Amongst the bats I managed to spot a Verreaux’s Eagle Owl sitting on the pole of one of the lights. This was the first time I had ever seen a Giant Eagle Owl (This was 2012 I think). I watched this Owl for the entire duration I was in the hide. Every hour or so, the Giant Eagle Owl would swoop down into the long dry grass and grab a mouse. The Owl would then proceed to eat it. I must have seen the Owl catch 5 out of 6 mice: only missed one time.

A few Impala came to drink, which was nice to watch. The Buffalo did not move the entire night. Next up were 2 female and 1 male Kudu. The waterhole was very active, and my adrenaline was pumping the whole time I was in there. A small breeding herd of Elephants came to drink as well. They were not very happy about the Buffalo, but he didn’t care at all.

The Lion’s roars seemed to be coming closer. I went to wake Aimee up at about 1.30am to hear them. She was half asleep, but as soon as she got into the hide (We were the only 2 there), she woke up. The Eagle Owl amazed her and we spoke about the Buffalo while the Lion’s calls got closer and closer… It started to sound like they were on top of us.

It went silent, and then all of a sudden the 3 male Lion’s from earlier walked into the light, calling loudly. It was such an amazing sound to hear. We were so close it echoed. The Lions walked around the light for a bit and then they saw the Buffalo. They tried to intimidate him, and almost try kill/hunt him, but he wasn’t perturbed. He did stand up and get very angry with the Lion’s and they backed off. They had a drink and then moved off, still roaring. Aimee and I were shaking.

We hung around a bit longer, said farewell to the Eagle Owl and the grumpy Buffalo and went to sleep in our tent. What an experience… Never to be forgotten.