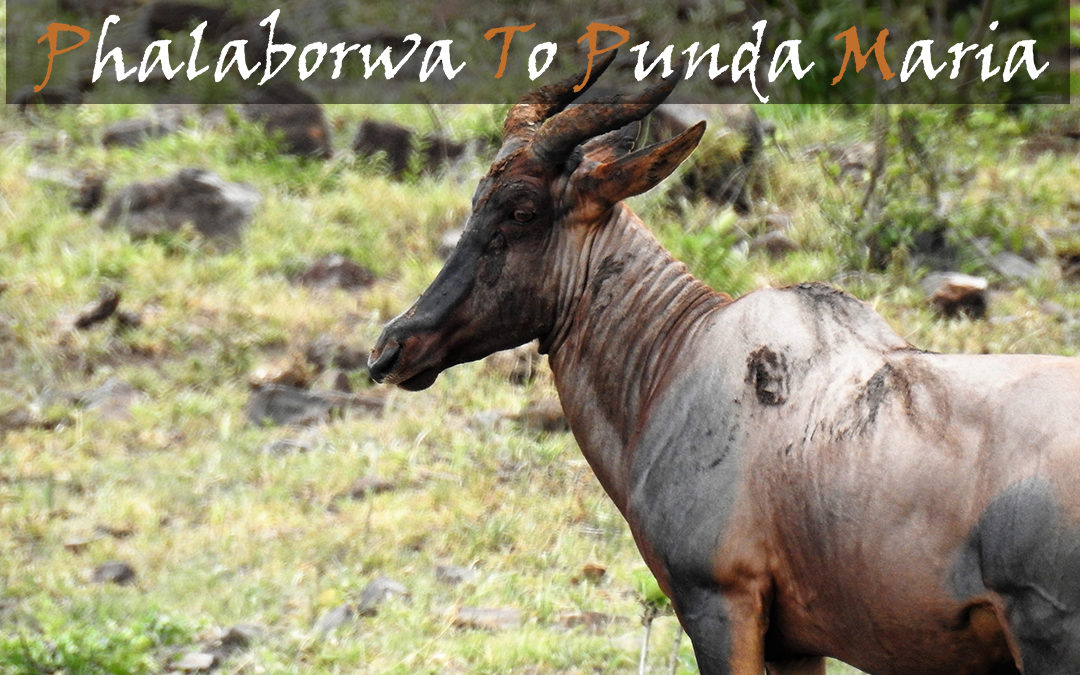 The Exciting Journey Into The Northern Kruger National Park

It was just before 11pm, and Aimee and I were packing the car for our journey to the Kruger National Park, with our destination being Punda Maria. We were so excited, as we always are, and we had a 4 night stay at the most northern public Rest Camp in the Kruger National Park. Our aim was to drive from Phalaborwa to Punda Maria, which was just as exciting, as we would be covering a significant part of the Kruger.

We headed off in the middle of the night and reached our destination, the Phalaborwa Gate, at approximately 4.22am. The roads were decent and the lack of traffic allowed for the imagination to run wild with what we could potentially be seeing within the next few hours, and boy, did we see a lot!

Phalaborwa To Punda Maria – The Drive To Mopani

We were first in line at the gate, and had an hour or so to wait before we could enter the Kruger Park. We weren’t complaining though, as the sun started to rise and skies become clearer, we knew we were in the bush. We could hear the beloved call of one of our favourite birds, the Woodland Kingfisher, echoing through the bush. What a sound, one of the sounds of the Kruger for sure! Waiting around we got to see some birds, White-browed Robin Chat, Cape Turtle Dove, Natal Spurfowl, Black-headed Oriole, Yellow-billed Hornbill, Dark-capped Bulbul, Kurrichane Thrush and Southern White Crowned Shrike.

The wait was finally over, and the cars had queued for kilometers behind us. It was a mad rush to see who could get into the Park first, but we didn’t mind a few people pushing and shoving, we were in Heaven.

The first animal to greet us as we entered the Kruger Park was a Giraffe, we managed to capture some nice shots in beautiful light. By 6am, it was already 30 degrees! We then came across a Leopard Tortoise (We would see 4 Tortoises on this day). Then it was the predator’s turn. We managed to see 2 different Spotted Hyaena sightings before reaching Mopani. First a sighting of 4, and then one of a mom suckling her pups in the road. We love Hyaena’s, and watching them is great fun, there is just something about them…

We were also surprised by a great close up sighting of a Giant Plated Lizard! 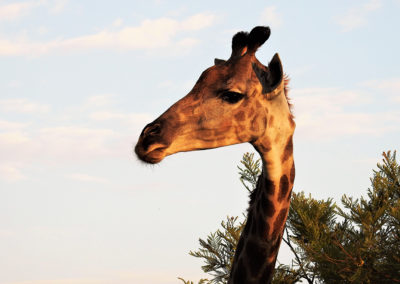 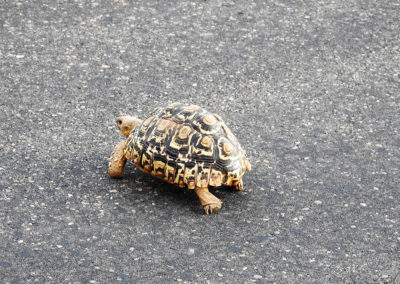 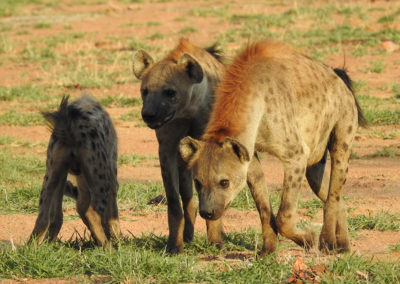 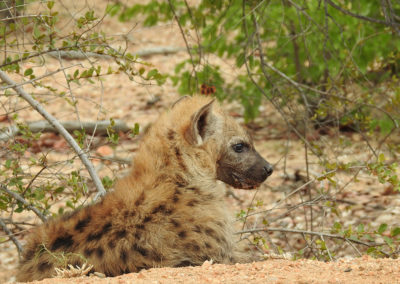 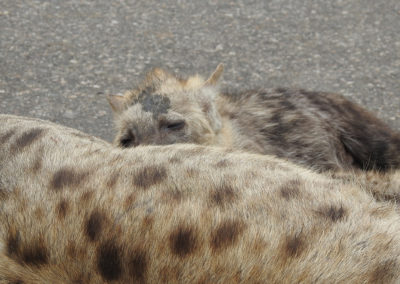 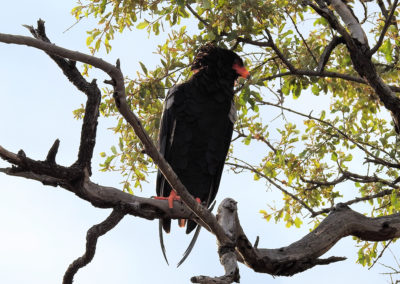 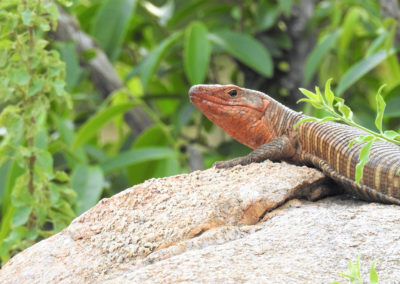 We were travelling on the H14 tar road and it was a while before we encountered some Impala, which is unusual for that area… We saw a variety of bird species amongst the animal species on the way though: Crested Barbet, Fork-tailed Drongo, Helmeted Guineafowl, Swainson’s Spurfowl, Bateleur Eagle, Cape Glossy Starling, Arrow-marked Babbler, White-browed Scrub Robin, Namaqua Dove, Egyptian Goose, Emerald-spotted Wood Dove, Hamerkop, Lilac-breasted Roller and a beautiful juvenile Martial Eagle. These were just a few of the birds that we saw.

Before reaching Mopani we had a wonderful few sightings of Elephants with tiny babies. We also saw Chacma Baboons, Burchell’s Zebra and Buffalo along the way. Both Yellow-billed and Red-billed Oxpeckers were seen on some of the animals, we also saw some Green Woodhoopoes fly over above us.

We arrived at Mopani for breakfast, and as we approached the restaurant a sudden thud was heard and to our shock and amazement a snake had fallen from the thatch onto the wood flooring. We both jumped as we got such a fright and this happened right in front of us. We later learnt that this snake was a Reticulated Centipede Eater, not an every day sighting, that’s for sure!

We admired the water birds foraging around Pioneer Dam while we waited for our breakfast. Notable appearances were made by the African Spoonbill and Little Egret.

We had a great breakfast and some much needed caffeine. We then continued our way from Phalaborwa to Punda Maria on the H1-6. 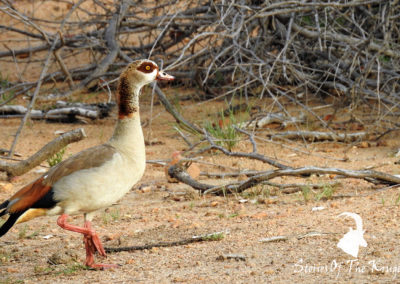 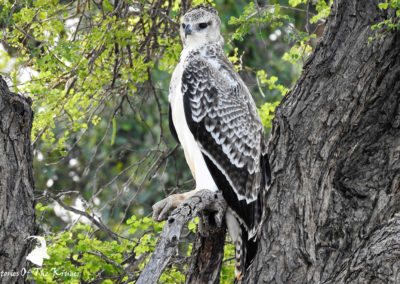 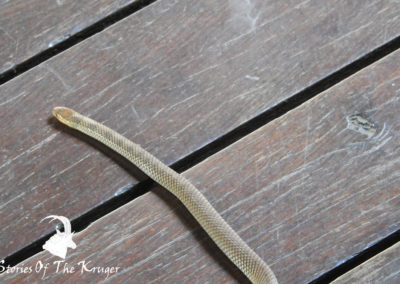 Phalaborwa To Punda Maria – The Road To Shingwedzi

Shingwedzi was to be our next stop, and we had an amazing treat in store for us as we passed the Bowkerkop waterhole. There was a classic Kruger Park roadblock. Normally indicating something unusual. We slowed down and approached. To our amazement a Leopard and her sub-adult cub appeared directly behind us! We had a great view looking in the side mirrors, but unfortunately no photograph opportunity. It has been quite a while since we got any decent photographs of a Leopard. It shows how elusive they really are.

The road was fairly quiet after that, probably because the temperatures had risen to 36 degrees by then! We had sightings of Elephant, Impala, Crocodile and Giraffe. We encountered some of the same species of bird we had seen earlier, but also managed to see an African Openbill Stork, White-backed Vulture and Grey Go-away Bird. We encountered a few Blue Wildebeest as we approached Shingwedzi.

After picking up a few cool drinks, we continued our journey.

Phalaborwa To Punda Maria – Our Chalet Is Waiting

We joined the H1-7 after a quick stop at Shingwedzi and after a few kilometers we started to encounter huge herds of Burchell’s Zebra and Buffalo. The north really is a haven for grazers and browsers. These huge herds were all accompanied by Oxpeckers, which were not that for behind. We also saw a few Ostrich, not often seen in the Park, especially in the southern and central regions of the Kruger.

We managed to get a great close up shot of a juvenile Yellow-billed Kite, and Elephants were plentiful, still accompanied by their young ones.

What was amazing, and maybe the highlight of this drive for me anyway, was the fact that we managed to see 4 different sightings of Tsessebe! One of the Tsessebe herds even had a youngster with them. They are quite rare, and not often seen. Another beauty of the north! Strangely enough, every Tsessebe or small herd we saw was mixed up with Burchell’s Zebra and some of them were with Blue Wildebeest as well. Safety in numbers definitely makes a difference.

We reached a very hot Punda Maria eventually by staying on the tar road and turning onto the H13-1. We checked in and got Chalet number 8. We had a walk around camp and visited the Punda Maria hide, where we had an amazing encounter with Lions last time we were here (Read more).

We cooled down under the air conditioning and waited until 4pm, when we decided to go on a drive. 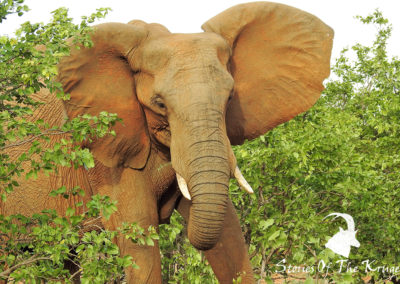 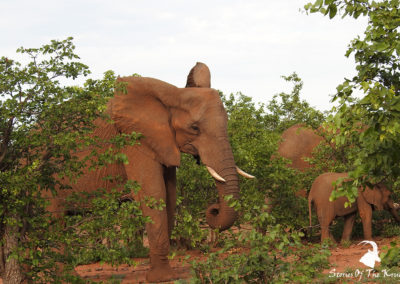 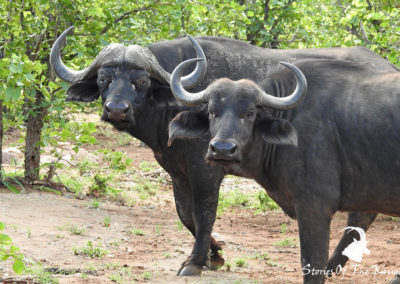 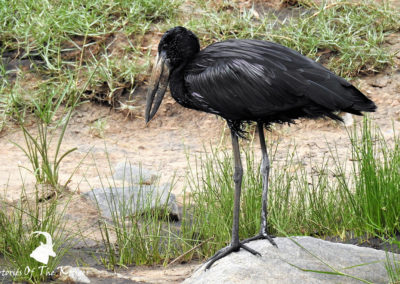 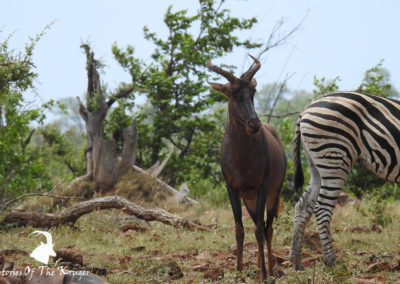 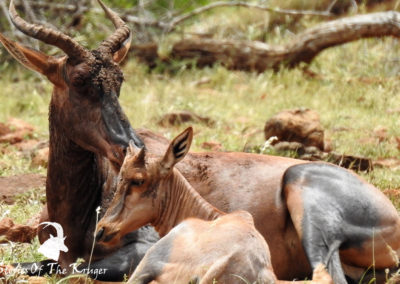 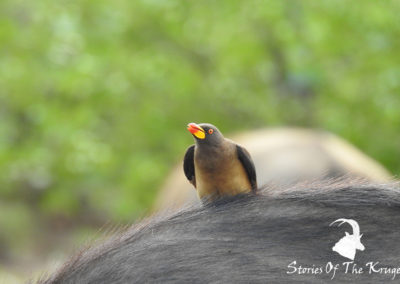 Until this day, I had never driven the Mahonie Loop, even though I had visited Punda Maria twice previously, and I was really excited to drive this dirt road. Animals like the Sharpe’s Grysbok can be seen on this loop road and birds like the Grey-headed Parrot are often sighted.

As we turned onto the dirt road a group of Banded Mongoose made a brief appearance. I haven’t seen Banded Mongoose in quite a while, so this was a treat! We drove along and saw quite a few Impala, and the birding was surprisingly quiet, it was the whole trip even though we managed to see 87 different species or so, I did expect more. Birds seen included Blue Waxbill, Burchell’s Starling, European Bee-eater, Burchell’s Coucal, Green-winged Pytilia and Dark-capped Bulbul.

We came across a few small herds of Nyala, which was great! I love Nyala, and they are also fairly uncommon throughout the Kruger National Park, except in the north. We also saw a Bushbuck ewe, before she disappeared quickly into the thicket.

We had seen 19 different animals and 44 different birds on this particular day. It was a fantastic day, and to top it all off, as we got back to Punda Maria, we observed a Mole Snake, a very large one, curled up close to the water feature. The next day however, would be one that will live in our minds forever! 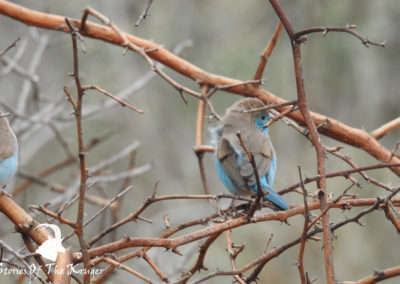 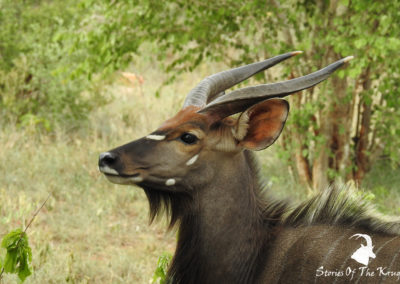