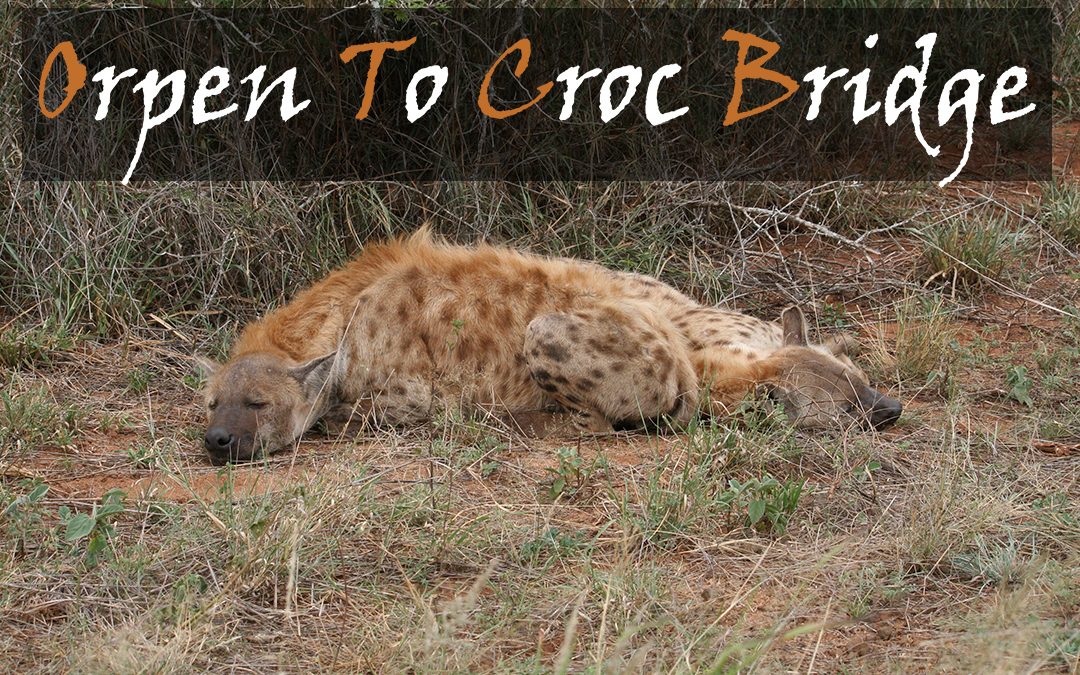 Orpen To Crocodile Bridge: We left Leopards View Game Lodge after a 4-day stay (Read about it here) and were heading home. We were close to the Kruger National Park, and had to drive past the Orpen road to go home anyway, so we thought we would rather travel the 175-kilometer route in the park from Orpen to Crocodile Bridge.

We arrived at the gat at 4.55am, and were first in line. As the gate opened we drove the 7 kilometers through the Greater Kruger National Park in order to reach the Orpen Camp and official gate.

In The Kruger, Yet Again!

We were happy, and energy drinks helped us with the early morning. As we entered the Laughing Doves, Grey Go-away Birds, Cape Turtle Doves, Crested Francolins and Natal Spurfowl were all over the place. The call of the Woodland Kingfisher echoed throughout the bush.

We started seeing a lot of Giraffe, Burchell’s Zebra, Impala and Blue Wildebeest on the H7 towards Satara. We then came across a Spotted Hyaena and a few small cubs a distance away on the open plains. We watched them for a while and a car stopped us and told us… Well, we continued to drive on, at a speed of about 25 km/h. 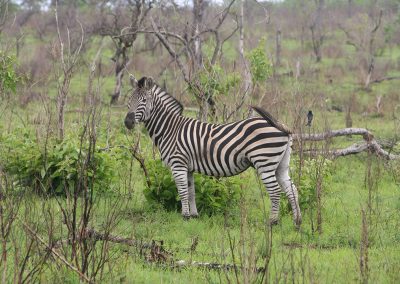 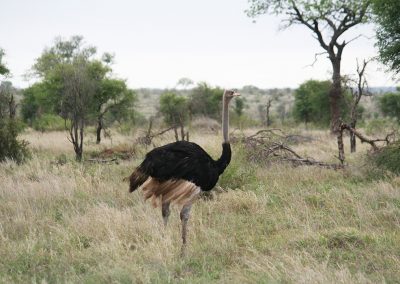 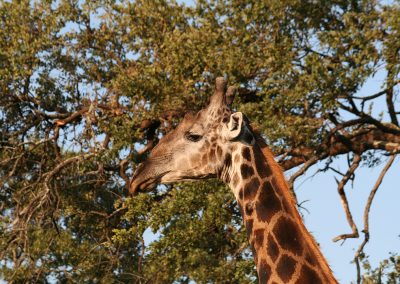 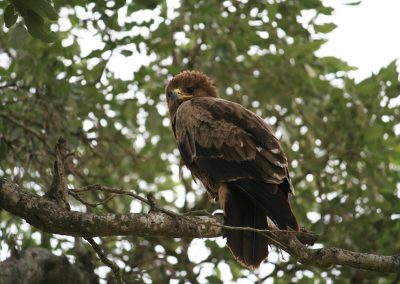 What Did We See?

The game became less prolific but the birds were still around. Lots of Hornbills; Yellow-billed, Red-billed and Grey, Woodland Kingfisher, Wahlberg’s Eagle, Fork-tailed Drongo and even 6 Ostrich (5 females and 1 male).

As we drove along, we stopped next to a car. This is what we had been told about earlier… Two male Lions lying 25 meters away from the road. They were in thick grass so we could just see the top of their manes. Still amazing to see. The Kruger Park always delivers, and this trip the H7 had been so good to us (Read the article of our previous trip a few days before on the way to Leopards View).

We eventually turned onto the H1-3 towards Tshokwane where we would have breakfast. We started seeing Elephants, which always makes Aimee happy. We would not see a lot of them on this trip. We saw 2 herds of Buffalo and some Kudu.

We took a short loop road after the Baobab Tree, where Lions are often present, and managed to get decent photos of a Yellow-billed Kite and Bateleur.

The birding action really got hot, as I would say, when we drove past the Kumana and Mazithi Dams. There were some Hippo’s around, which was great to see. We saw all sorts:

We saw more birds on the way to Tshokwane. Brown-headed Parrots treated us to a great sighting and not long after that we saw a tree full of Hooded and White-backed Vultures, with a lone Lappet-faced Vulture in the mix with them.

After a quick bite to eat we drove about 500 meters and stumbled upon three Spotted Hyaena right next to the road. We then took the H10 and went via the S32 to Orpen Dam where we saw a few more birds and some Waterbuck. Always love seeing Waterbuck, they are so pretty.

The H10 was very quiet, but we stopped at Nkumbe and had a look around. We could see Giraffe and Impala.

We always try to stop at Sunset Dam, Aimee loves it. Here we saw Hippo, Nile Crocodile and Impala. We also saw a few water birds. We watched a Yellow-billed Stork feeding and got a great video of an African Spoonbill hunting right next to us.

There were Marabou Storks and White-crowned Lapwings too. 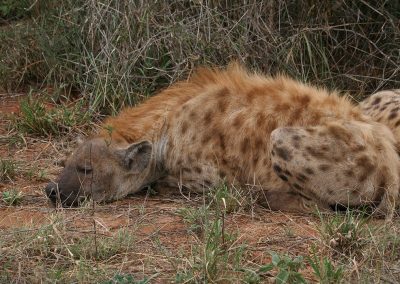 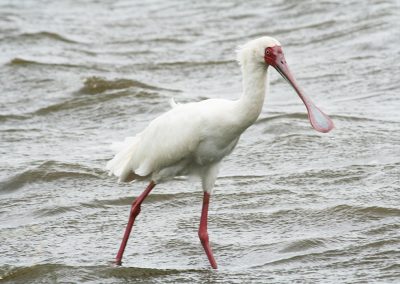 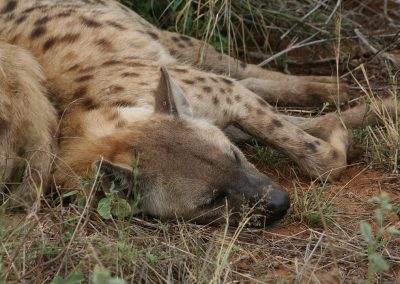 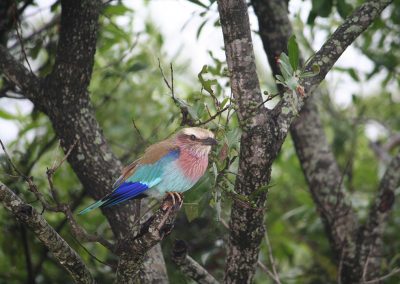 The last stretch of our trip was done in the rain on the H4-2. It is always great when it rains in the Kruger Park. We saw Vervet Monkeys and Chacma Baboons in the road drinking. They both had babies with them. I also managed to get my best photo to date of the beautiful Lilac Breasted Roller. A Warthog was the last animal to say goodbye to us, with a heavy heart we reached the Crocodile Bridge gate.

And that was our trip from Orpen to Crocodile Bridge… Now time to go back and stay in the Park!