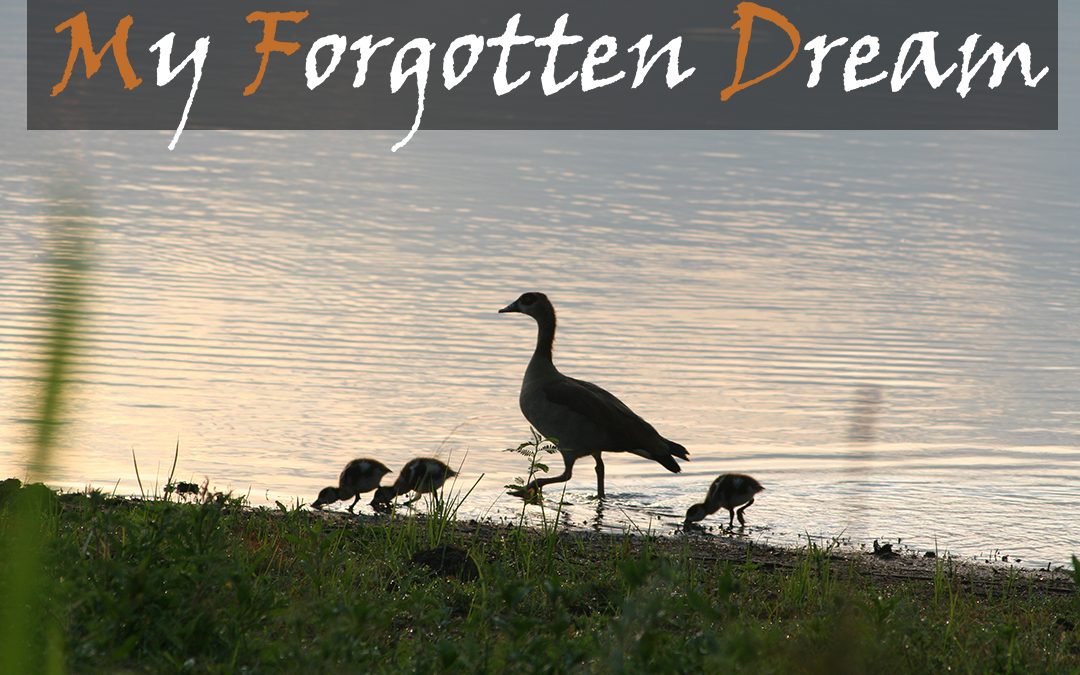 Writer’s block. That’s what happened with this post. I stared at a blank page for hours. All of a sudden I was going through my bird book, reading up on the Tawny Eagle, getting together some content for a Facebook post and the creativity hit me.

How could I have writer’s block? This topic is about everything I had ever wanted… Maybe I just needed some encouragement. I am now writing while watching two Red-eyed Doves preen each other in a tree in the garden. My forgotten dream of being a game ranger…

Growing up, I was introduced to the bush very early on in life. I was extremely fortunate, as this would drive my passion for the wild and everything that makes it up, for the rest of my life. Little did I know at that stage of my life, that my World would revolve around the bushveld and wildlife. This blog is a bit different… This is the story of what could have been.

Since I can remember I have wanted to be directly involved with the bush, more specifically the Greater Kruger National Park. I am sort of involved at the moment… Having this website, creating maps and books for purchase etc. But this was originally far from my mind. I wanted to be a game ranger.

The dream must have hit me when I was about 11 years old. We used to visit a trout farm in the Mpumalanga highlands called Millstream. I am an avid fly fisherman, but I will never forget the experiences I had here. We would visit Millstream at least once every 6 months. I was always up an hour before sunrise walking around with my video camera, which was VHS in those days. I would walk all the trails, film the flowers, birds and wildlife and commentate on my videos. I would provide facts on the kinds of wildlife I saw, from what I had learnt and would even track antelope until I found them, especially Grey Rhebok and Common Duiker, which is what I wanted to see most.

There were predators around, but the tracks and scat I found was often quite old, so tracking always proved to be fruitless.

I will never forget the moment one morning in 2002. I decided to abandon the video camera to do a bit of early morning fly fishing. I reached a small dam called “Jacksons Joint”, and low and behold I saw 2 Servals chasing each other over the hill above me. I wished I had had my camera with me. That was one of the defining moments of the early wildlife passion I chose. These rare small cats are something I never dreamed of seeing, and right now I can picture the moment with both of them chasing each other in the overcast conditions of that morning.

So Millstream started off my “game ranger antics” of tracking and learning, but the real test was the Kruger National Park. The Kruger is full of different sounds, bird calls, flora and of course, animals. It was far from the 11 species of mammal and the 100 common species of birds that were found in Millstream.

The Kruger National Park is my heaven, and I hope one day when I die, I will be placed there for eternity.

Going on game drives and bush walks in the Kruger National Park fed my hunger for becoming a game ranger. Tracking animals and looking at their spoor, tracking birds from their calls and observing things out of the ordinary. I wanted to be a game ranger. I wanted to show people and tell people about everything the Kruger Park offers, and teach them as much as I could. The more people know, the more people appreciate.

Outside Of The Kruger

I then had some amazing experiences in a variety of nature reserves and other National Parks. Every family holiday we went on I tried to convince my mother and father that we should go somewhere in the wild. And they obliged, feeding my passion.

My tracking skills improved on foot and I could track almost all the animals and birds of Southern Africa. It wasn’t easy, but I taught myself through field guides and experience. At the age of 15, I knew I could do this, and I honestly believed I had a gift.

I was fortunate to visit (Beside the Kruger) places like the Addo Elephant National Park, Mountain Zebra National Park, Chobe Game Reserve and the Kgalagadi Transfrontier Park (The Kalahari National Park section).

I had my eye set on a game ranger course from the age of 16, and I was convinced I would finish matric, study and pass and work in somewhere like the Timbavati or Sabi Sands.

When I matriculated in 2007, there was a bit of a hurdle in my life. I wasn’t able to study game ranging or game guiding; I had opted to study marketing management. I regret it to this day in certain aspects, although my life has been made in so many other ways outside of the bush. I met my wife while I was studying and she shares the same passion for wildlife as I do. I have made some amazing friends as well. I do have some game ranger friends who make me envious every time I see them and hear about their experiences, but that is the way the cookie crumbles as they say.

What I do can now, is use my digital marketing skills to be an online “game ranger” in a different way, through this website, books and social media. It is not all that bad… Even though “My forgotten dream”, as I call it, will never actually be forgotten, my passion for the bush will not change, and I still do everything I did at the age of 15 now when I am in the Kruger. I track, identify and share facts and information with friends, and Kruger lovers that visit this website. The bush is where my heart is, and always will be… Game ranger or not, the Kruger National Park is my World.