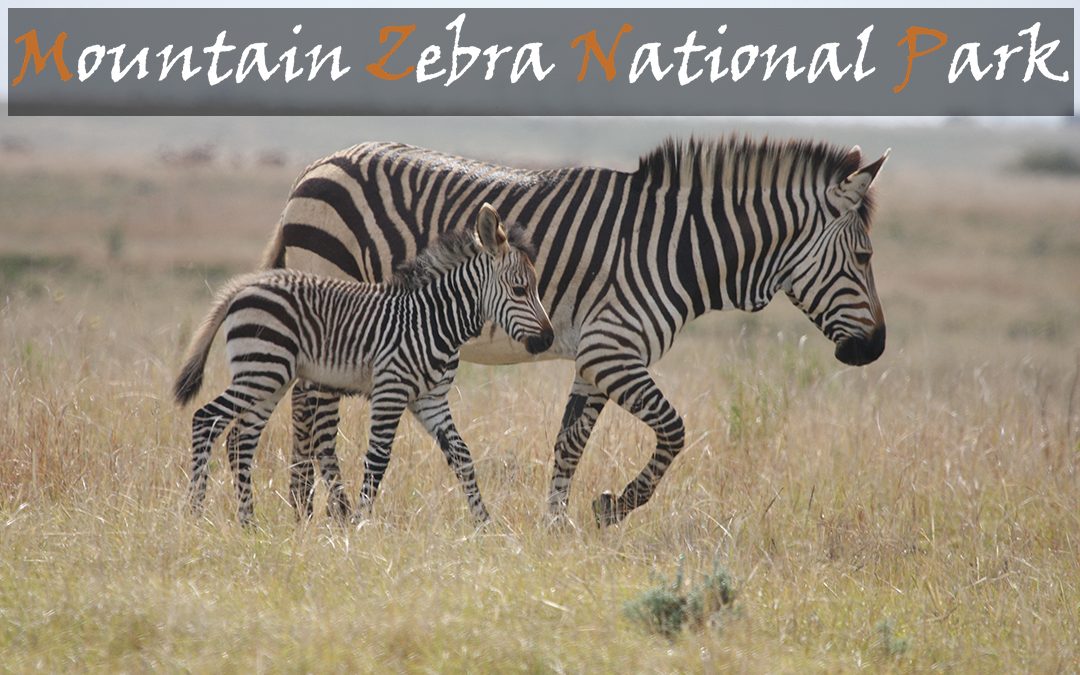 In the 1960’s there were only 25 left, and just 2 stallions. The Parks numbers now hover around 700, and to protect them and further their range, about 20 Cape Mountain Zebra are relocated to other Parks each year.

The Mountain Zebra National Park was slowly starting to become a sizeable piece of land, with donations and purchases or neighbouring farmland. This allowed for other species that used to occur in the area to be re-introduced. Black Rhino and Cape Buffalo were first. Then Cheetah in 2007, Brown Hyaena in 2008 and Lion in 2013.

There are also 30 archaeological sites scattered around the Mountain Zebra National Park, with lots of evidence of the San people.

Wildlife abounds in the Mountain Zebra Park, and all sorts of things can be seen and witnessed. From Mice to Rhino and Snakes to Scorpions. The Park is home to a variety of reptiles, birds, mammals, insects and arachnids.

The Mountain Zebra National Park, as mentioned above, has re-introduced species such as Black Rhino, Cape Buffalo (From the Addo Elephant National Park), Cheetah, Brown Hyaena and Lion.

This place is well known for sightings of the Aardwolf and Caracal. You have a good chance of seeing these shy nocturnal creatures on night drives and even during the early mornings and late afternoons. Other interesting animals that might be spotted include the African Striped Weasel, Striped Polecat, cape Fox, bat-eared Fox, Black-backed Jackal, African Wild Cat and even the small Black-footed Cat.

There are Mongoose species and Suricates (Meerkat), Chacma Baboons and Vervet Monkeys. Dassies can be found in the mountains and Honey Badger and Ground Squirrel patrol the open Karoo bushveld.

The Mountain Zebra National Park plays host to a variety of species in this breathtaking wilderness area. The Karoo biome and mountainous landscapes provide some amazing views and a sense of peace. Often, you feel like you are the only person around. It is a special place and should be on any nature and wildlife lover’s bucket list.