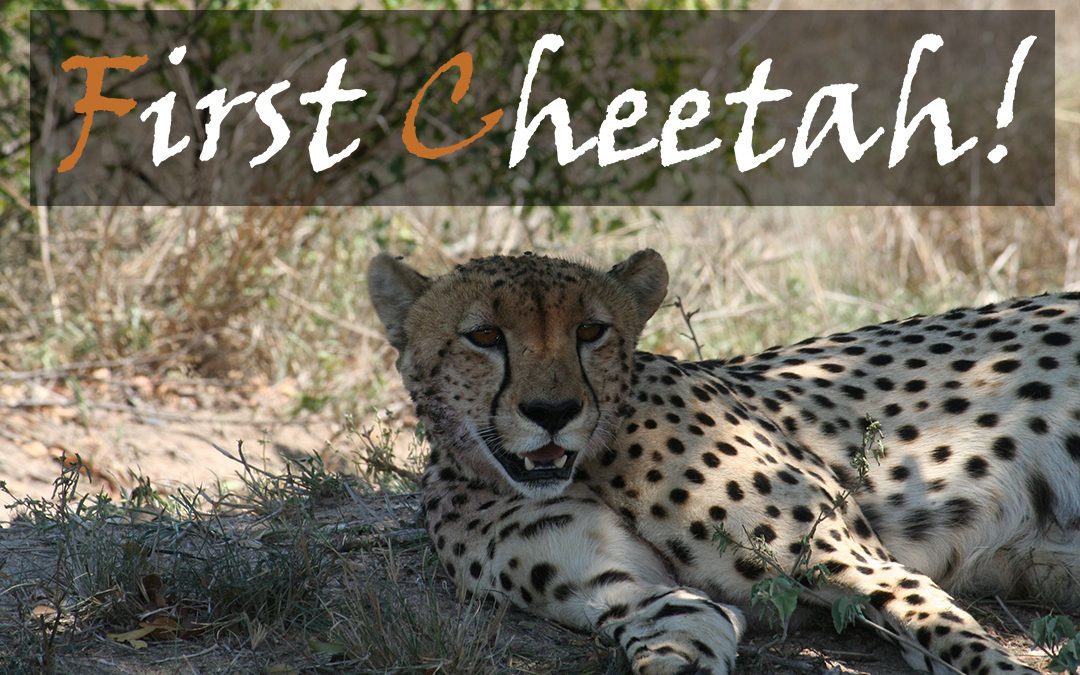 Kruger Park Cheetah: Before The Sighting

Our first Kruger Park Cheetah! Cheetahs have proved so elusive to us over the many years of visiting the Kruger National Park. My father has had a few great experiences when he drove through the Kruger for 30 days to write his book. A photo I will never forget is when he saw 2 Cheetahs on one of the road signs in the rain, looking out for some form of hunting opportunity.

It was a hot December; I think it was in 2011. Aimee and I were staying at the Hazyview Cabana’s for a week courtesy of some left over RCI points. We couldn’t find any accommodation in the Kruger Park itself, December is booked out extremely quickly, especially in the south of the Park.

We went into the park about 3 times that trip. We had some amazing Wild Dog and Lion sightings. Birds were plentiful and the dull birds were in their full breeding colours. The migrants were in the Park and we saw some beautiful birds. 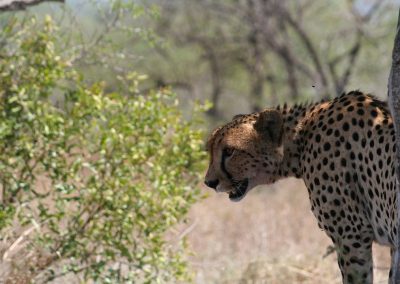 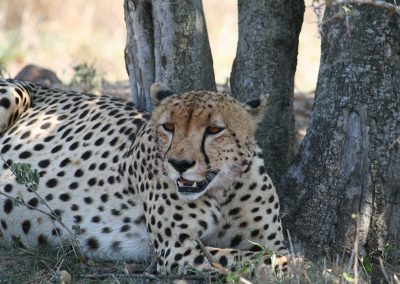 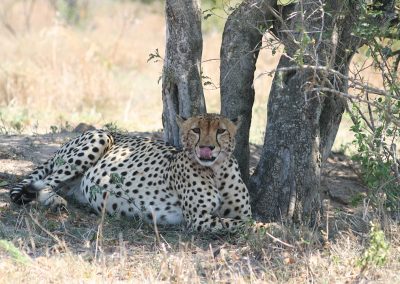 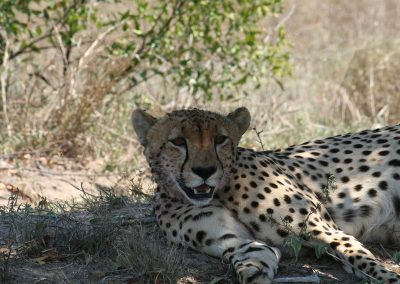 Kruger Park Cheetah: It All Happened

During our last day in the Kruger, we decided to head out through the Numbi Gate (We had been coming and going through Phabeni). It was about 35 degrees and the roads were busy. Aimee and I decided to take the S65 to stay away from the tar road traffic. It was very quiet for about half way down the windy sandy road.

All of a sudden a car flagged us down. We stopped and they told us that there was a Cheetah a close to the road further up. We were ecstatic. None of us had seen a wild Cheetah in the Kruger Park before. We drove really slowly thinking that the Cheetah would be hiding under a tree in some thick grass. While we were driving, Aimee pointed it out. There was a male Cheetah under a tree right next to the road. He was so calm it was unbelievable. He had obviously just eaten, as his face was full of blood. We watched him for almost an hour, completely by ourselves. We left, full of happiness and excitement. We were over the moon. We then flagged down a car towards us and told them about it. I am sure they were just as happy!