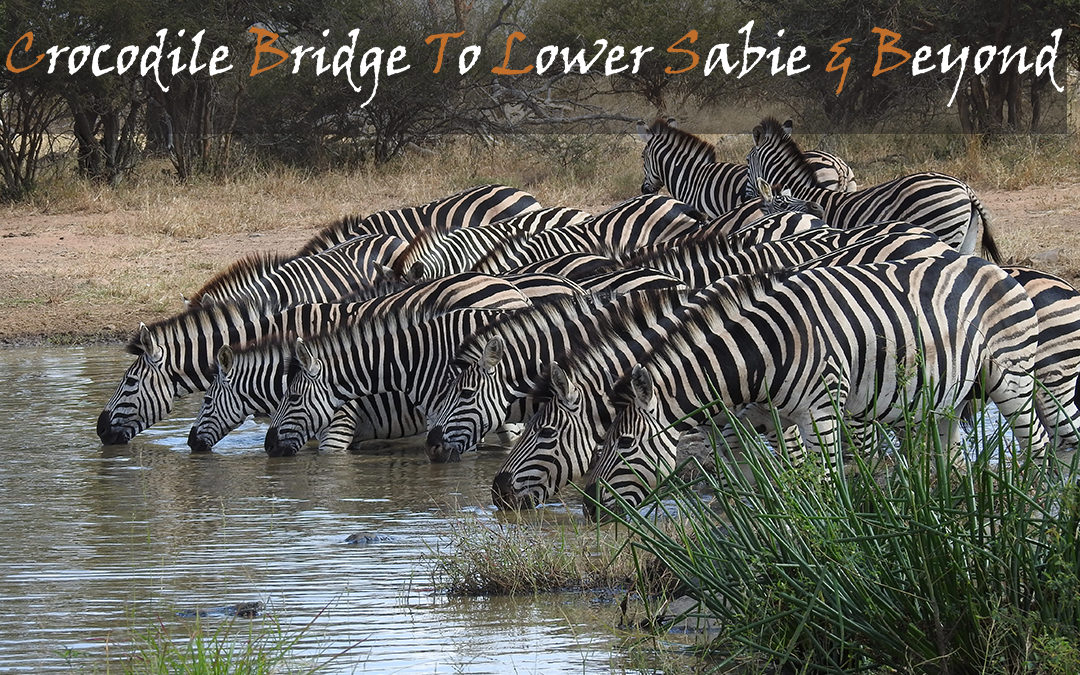 Crocodile Bridge To Lower Sabie, Beyond & Back | Stories Of The Kruger

Aimee and I woke up to a cool, very misty morning. We woke up at 5.15am, ready to get out the gate at opening time. We felt refreshed after the long haul the previous day (Read more). We woke up to the beautiful sounds of Elephants and a Bushbuck inspecting our braai area.

It was 6am, and we were off from Crocodile Bridge to Lower Sabie. We wanted to look for Cheetah, so our best bet was to drive the S28 up to Duke Waterhole. We exited the gate and found the Elephants in the thick mist that we had heard earlier in the morning. We also saw Impala, Blue Wildebeest and Burchell’s Zebra as we entered the S28. The mist was so thick you could barely see, so driving slow and scanning the long grass was called for. We then had an unexpected surprise, we saw a Black-backed Jackal running down the road, in absolutely stunning condition! We followed the Jackal and watched as it went off into the long grass, photography was difficult, and this Black-backed Jackal definitely didn’t want his picture taken. The rest of the drive was very slow and hardly any mammals were seen, this could easily be due to the mist, and we could have driven past the Cheetah we were searching for!

We visited a dry Duke Waterhole and headed onto Ntandanyathi Hide. We got there just in time to see quite a few African Green Pigeons drinking. They hung around for 10 minutes or so, and we managed to get some great photo’s in some very poor light! These birds are not often seen as they prefer thick riverine bush with tall tree’s, so it was very lucky. There were also Egyptian Geese, a lone Pied Kingfisher and a Crested Barbet calling. As we waited a Barn Swallow flew over and a Great White Egret appeared. There were Greater Blue-eared Starlings and Hippo present as well.

Continuing down the S28 we saw few signs of animals, but continued with our good birding for the morning, with more bird species such as Speckled Mousebird, Red-billed Oxpecker, Rattling Cisticola, and more common birds we had seen earlier. Other than Impala no animals were seen until we reached an early morning Sunset Dam. 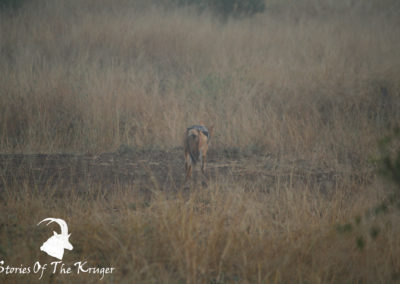 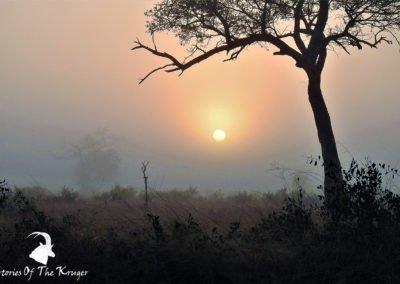 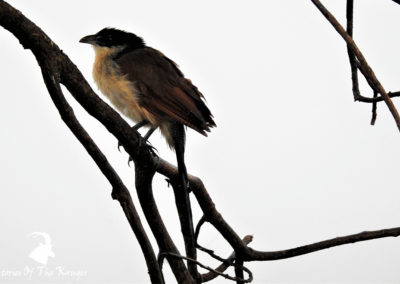 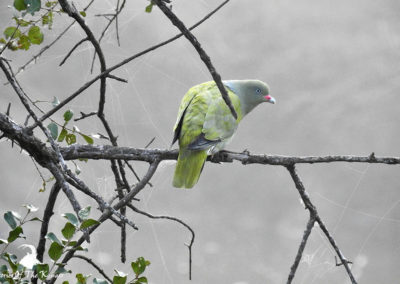 Another Trip To Sunset Dam, Crocodile Bridge To Lower Sabie

We were very privileged to be able to visit Sunset Dam again, and now in the morning, where the Red-billed Buffalo Weavers were still warming up in the sun amongst their giant nests. As we approached Sunset Dam, there was a first for us. A magnificent Black-crowned Night Heron, in plain view. We got some excellent photographs of this beautiful bird. The Hippos were around and the Crocodiles, mostly in the water, were still hunting as they were the day before. We could hear an African Fish Eagle and we observed resident birds such as the Yellow-billed Stork, African Spoonbill, Grey Heron, Black-winged Stilt, Pied Wagtail, Blacksmith Lapwing, Hadeda Ibis, Kittlitz’s Plover, Water Thick-knee and Three-banded Plover. 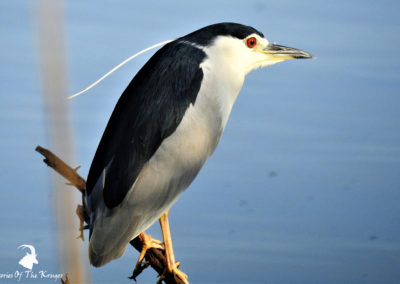 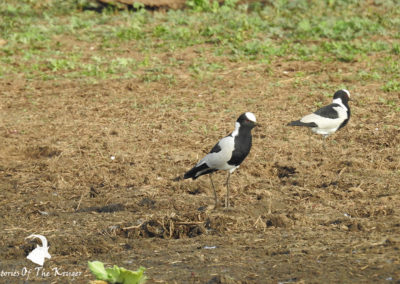 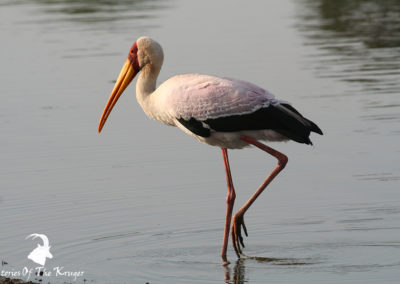 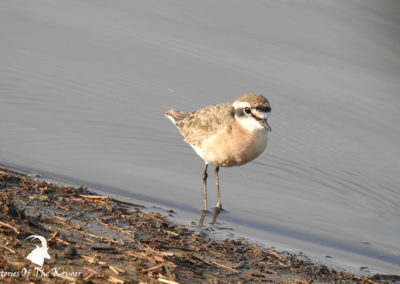 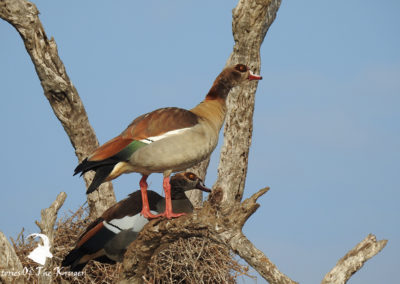 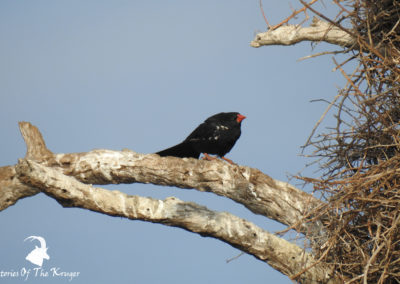 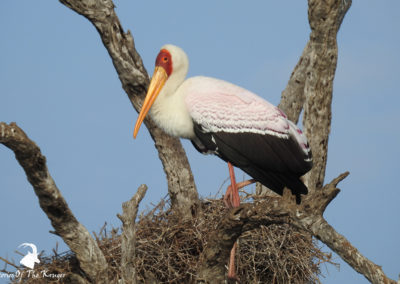 Crocodile Bridge To Lower Sabie & Beyond

We stopped for a quick coffee at Lower Sabie and headed on to Mlondozi Picnic Spot. We drove the S29 loop to get there. We managed to see a Steenbok with 2 babies, as well as a mom and baby Waterbuck. Baboons, Vervet Monkeys, Buffalo, Kudu and Warthog were also seen. What was really cool, was watching the Tigerfish and Mozambique Tilapia (Blue Kurper) from the bridge that crosses the Sabie river just below the camp, and we managed to get some great photographs.

At Mlondozi we rented a Skottle Braai and made breakfast in the company of Burchell’s Starling, Yellow-billed Hornbill and a Mocking Cliff Chat, which was really cool, a first for us in the Kruger National Park. Mlondozi Dam, below the picnic spot, was very active with animals such as Impala, Waterbuck, Kudu and Chacma Baboon drinking.

We headed back towards Lower Sabie via the H10 and we managed to see some more bird species, like, Bateleur, Namaqua Dove, Crested Francolin, African Grey Hornbill, Dark-capped Bulbul, Purple Roller and a few more… 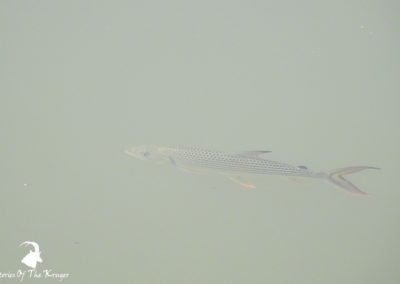 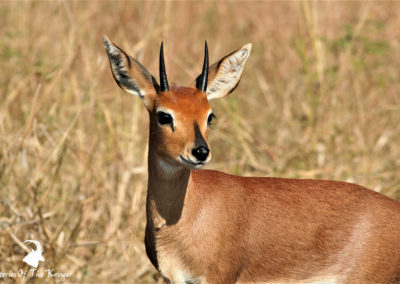 Crocodile Bridge To Lower Sabie – Heading Back To Croc Bridge

Back over the Lower Sabie Bridge as we call it, we managed to see African Jacana and Black Crake. There were also more Chacma Baboons and Impala. We drove down the H4-2 until we hit the S130, the Gomondwane Loop. This road proved to be very productive, as it normally is, and we managed to get some amazing photographs of Burchell’s Zebra drinking and wading through one of the pools on this dirt road. We also saw Giraffe, Kudu and Impala. Birds like the Red-billed Hornbill, Green Woodhoopoe, Chinspot Batis and Fulvous Whistling Duck were added to our list for the day.

We got back to Crocodile Bridge fairly early, so we decided to rest for a bit during the heat of the day, as we had a night drive we were looking forward to later. Then we decided to reverse trace our steps of the morning and go on an afternoon drive. We drove onto the S130 and onto the S137 past Duke Waterhole and onto the S28. The game was plentiful with Impala, Blue Wildebeest, Steenbok, Kudu, Giraffe all being seen. We had a brief glimpse of a Slender Mongoose as it ran across the road, as they so often do.

Birding was great, and we saw a White-backed Vulture on what appeared to be its nest. We also were lucky and “tracked” a Bearded Woodpecker. We followed the noise and found it, it was a very satisfying feeling! Other new birds for the day we saw included Fiscal Flycatcher, Cape Sparrow, Fork-tailed Drongo, Helmeted Guineafowl and Sabota Lark. We ended off the day with beautiful skies and feeling very content, looking forward to what the night time events had in store for us. 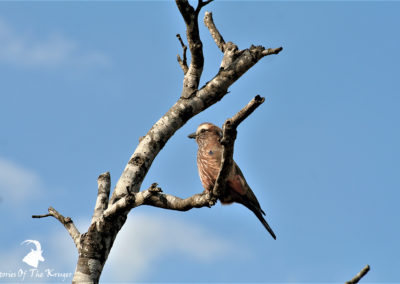 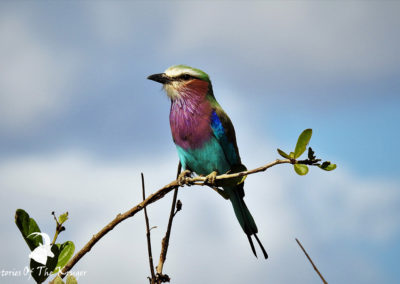 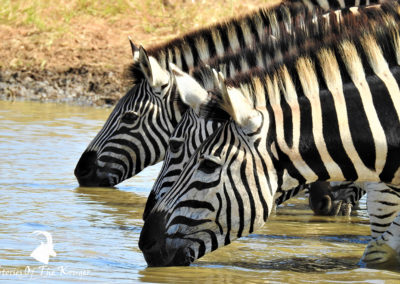 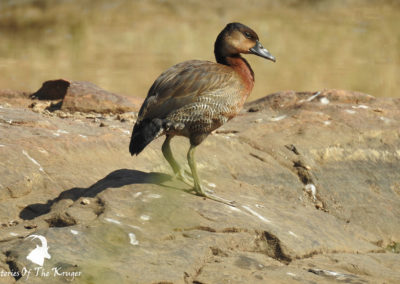 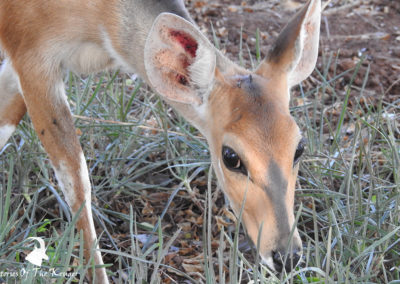 As we sat around the fire that night, we were visited by the two Lesser Bushbabies again. They were more frequent this night and we must have seen them on 10 different occasions.

It was 7.45pm and we were waiting outside the game drive vehicle, with a large group of people. Our guide, Jacob, had just come from Lower Sabie, where he had seen 4 different Leopards on the way. This made us very excited.

We left camp just after 8pm on a cold night. Within the first 20 minutes we had seen a Hippo out of the water and 4 Black-backed Jackals! We then came across 2 Small Spotted Genets. This is what night drives are about, discovering the creatures you do not see, or do not often see, during the daylight hours. We came across more and more Hippo, as well as Impala, Scrub Hare and Blue Wildebeest.

We had a precious moment on the H4-2 when we came across a Giraffe mother and her baby who wasn’t even a week old yet! We had never seen such a small Giraffe. There was also a bit of interaction between the Giraffe mother and a Spotted Hyaena. For a second, we all thought the Hyaena would try take down the Giraffe calf. But, thankfully this didn’t happen. We then came across another Spotted Hyaena amongst some Impala, but this Hyaena was also not on the hunt, more just walking its territory and looking for something to scavenge.

Our night drive was complete and we had a fantastic, but cold, outing, always take lots of warm clothes with you on night drives, especially in the winter months. The day time temperature on this day went up to 28 degrees, but it plummeted at night. It was on to our final day next, always a sad one when you are leaving the park… 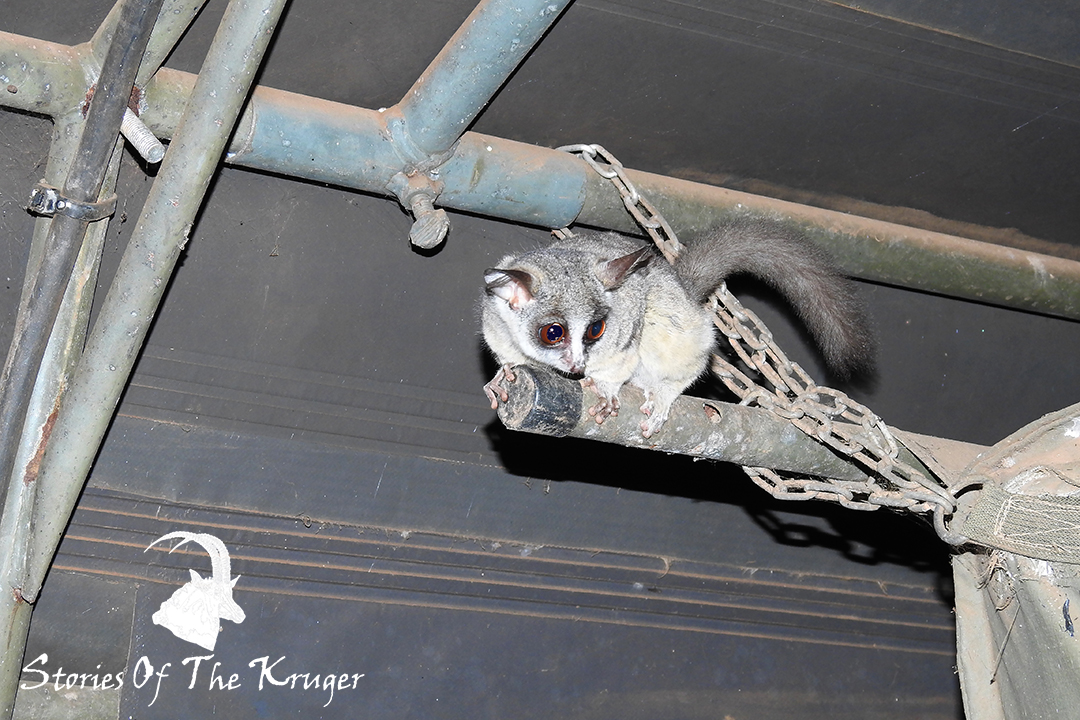