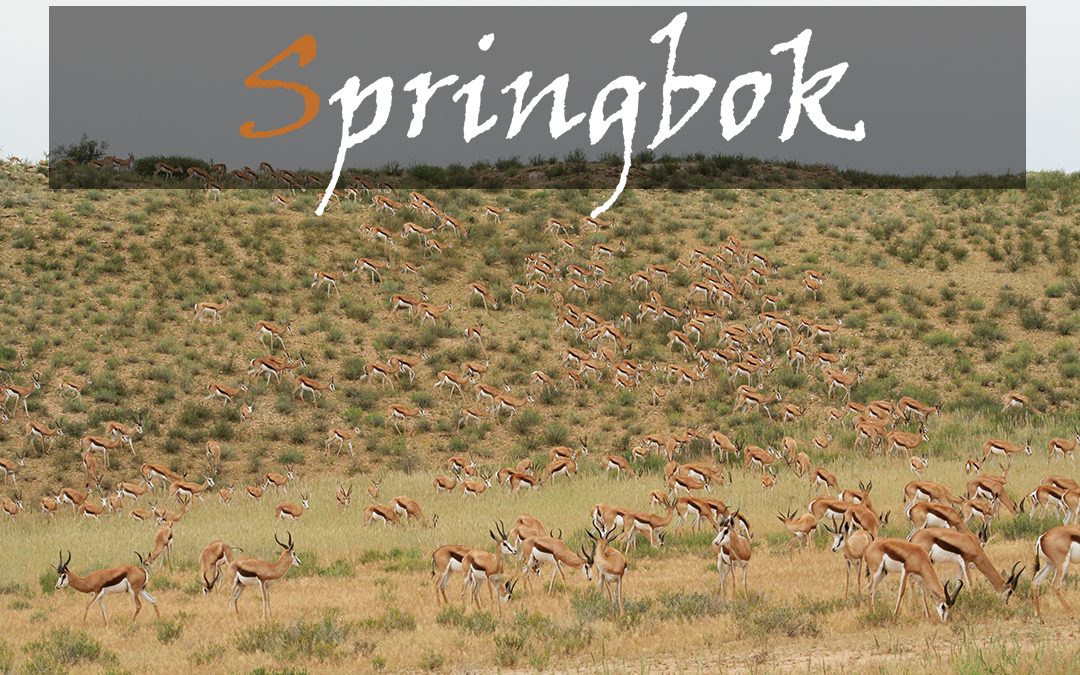 The Springbok is the National animal of South Africa, and is also called the Common Springbok or the Springbuck. Their scientific name is Antidorcas marsupialis, and this medium sized antelope is common throughout Southern Africa, but is not found in the Kruger National Park.

The Springbok is very easy to identify, due to the dark brown stripe running horizontally across their side, and their horns that curve in. Interestingly, both males and females have horns. They are well known for “pronking”. This is when they put their heads down and jump while still, running or moving quickly. They can jump up to 2 meters in the air when they do this and is often used when predators are seen or during displays during mating.

How Big Are Springbok?

Springbok reach around 85 centimeters at the shoulder, and can weigh in excess of 40 kilograms. The horns of male and female Springbok generally grow to similar sizes, about 50 centimeters in length. The females horns are normally much thinner than the males. They can live up to 10 years in the wild.

General Information On The Springbok

They are one of the fastest antelope in the World, reaching speeds of 90 kilometers per hour. They resemble the Thomson’s Gazelle in many aspects, including social structures. They are however, not related, despite their similar appearance.

There are 2 sub-species that are officially recognized. The Black Springbok and the White Springbok. These are generally bred for game farms.

Springbok can be found in large herds, especially in the drier areas such as the Kgalagadi and the Etosha National Park.

They are at home in dry and arid conditions where they occur naturally. They do not need to drink regularly due to their diet, which includes succulent plants. They are both browsers and grazers, and there have been reports and evidence suggesting that Springbok can go their entire lives without drinking, needing only the moisture from what they eat to survive.

The habitat in the Kruger National Park is not suitable for them, and they have never historically occurred in the region. They prefer dry areas with extreme heat. They are beautiful antelope that can often be found in large herds. It is not uncommon to see herds of more than 100 animals, and bachelor herds of up to 50. Seasonal migrations can be seen in the Kalahari Desert each year. 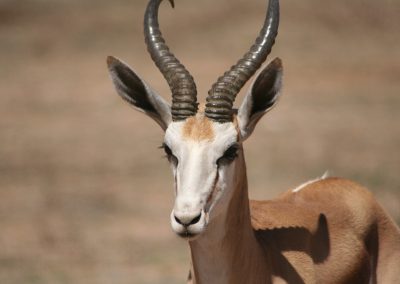 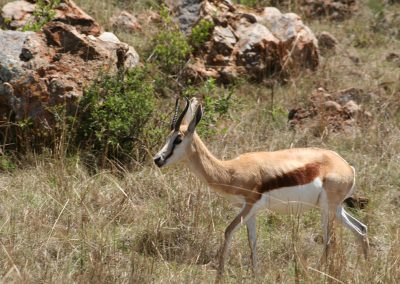 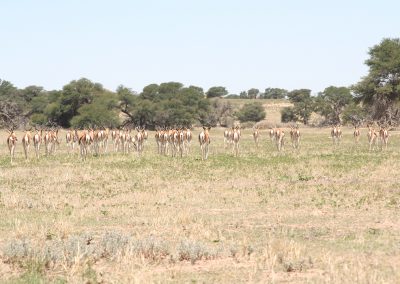 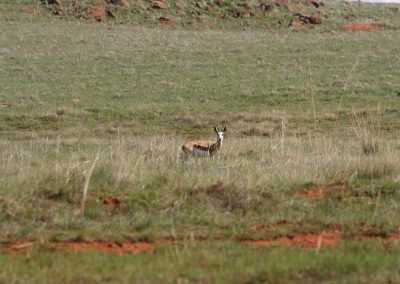