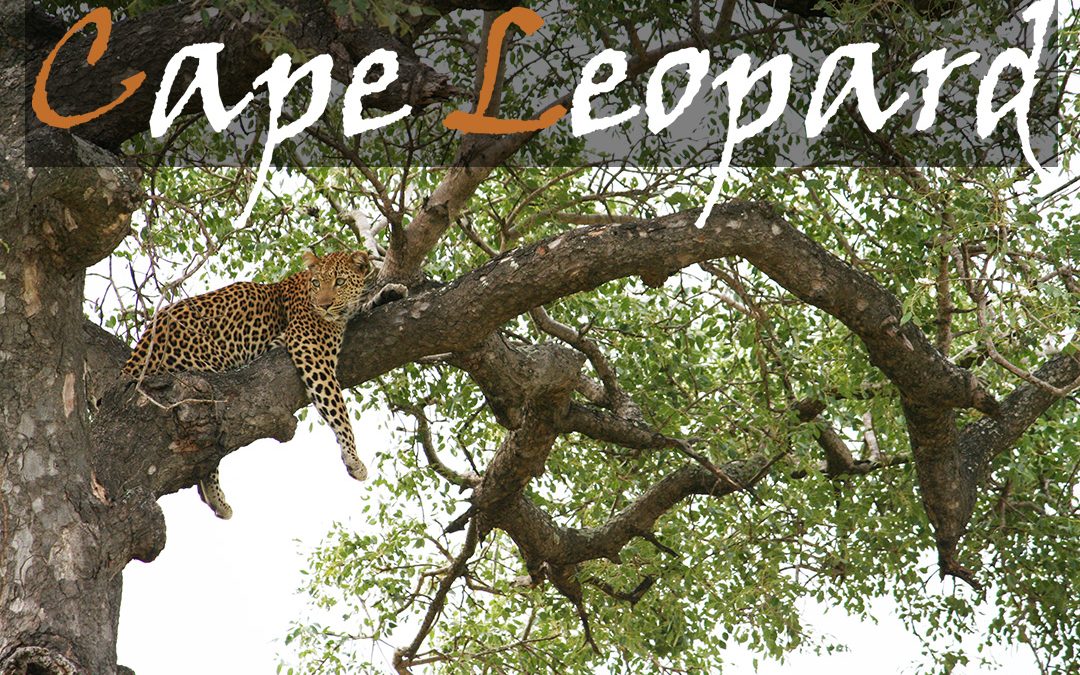 Is The Cape Leopard Different?

The Cape Leopard is not a true sub-species of the African or Southern Leopard, and has the same scientific name of Panthera pardus pardus. The Cape Leopard is different in a few ways to the Leopards you would find in KwaZulu Natal and areas like the Kalahari and Kruger National Park.

Cape Leopards occur primarily in the Eastern and Western Cape in South Africa, and there are numerous projects studying these Leopards. The most notable is the Cape Leopard Trust (Click link to learn more) who study and monitor activity, diet and habits of the Cape Leopard in the Cederberg and Boland regions.

Cape Leopards also occur in the greater Addo region, Baviaanskloof, and the Karoo. Their ranges are generally much larger than Leopards found up further north and in the larger Game Reserves.

The Cape Leopard is known to cover up to 20 kilometers per night in search of food.

Cape Leopards have varied diets depending on their habitat. They do not often take down large prey, like they would in the Kruger National Park, but will do so if the opportunity presents itself. Generally they will hunt rodents, small mammals, smaller antelope, like Common Duiker, Klipspringer, Mountain Reedbuck, Steenbok and others. They also seem to favour Rock Dassies and Porcupines, especially in the Western Cape. The Cape Leopard is still very opportunistic and will feed on anything.

They do not often take livestock, and the misconception farmers have cause these rare animals to be poisoned and shot quite a bit. This is undoubtedly one of the reasons the population is on the decline, that and habitat loss.

The Cape Leopard Trust is doing a fantastic job to try document, protect and educate.

Cape Leopards are a lot smaller than Leopards found further north or in larger game reserves. Female Cape Leopards, on average, weigh between 20 and 22 kilograms, whereas males can weigh between 35 and 40 kilograms. Compared to the 70 kilogram Leopards that take down Kudu and Giraffe in the Greater Kruger National Park, this is very small.

Cape Leopards are primarily nocturnal, and occur singly. Generally a male, who has a larger territory, will have 2-3 females within his territory, which he can mate with and reproduce. One to three cubs are generally conceived, but are a huge risk to predation from Snakes, Baboons and the Verreaux’s Eagle, amongst others.

They are truly wild, and not used to humans, so collared tracking and camera trapping are the techniques used to study these animals. We should all remember that even though the Cape leopard is not a true sub-species, they are in danger of becoming locally extinct. We simply cannot afford to let these beautiful animals succumb to our