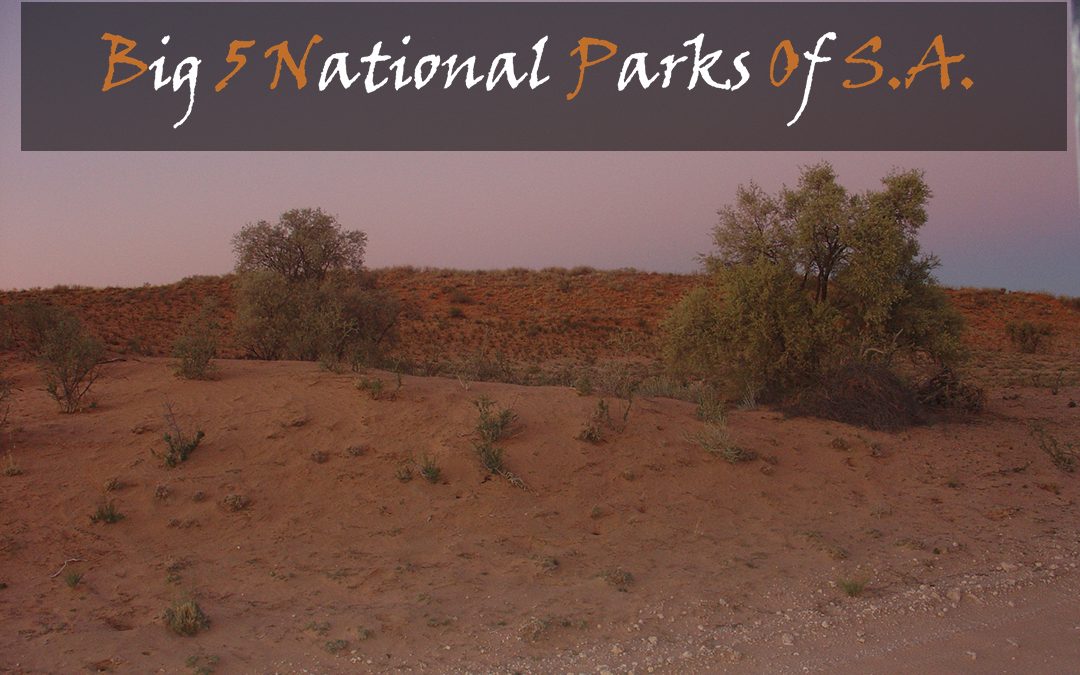 From The Kruger To Kalahari 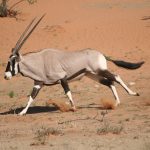 The Big 5 National Parks of South Africa include 5 of the best game reserves in South Africa chosen by us. This is completely subjective and the list is made up exclusively of the SANPARKS reserves. This means that great game reserves like the Ezemvelo KwaZulu Natal parks miss out. Reserves such as the Hluhluwe-iMfolozi, Ndumo Game Reserve and uMkhuze do not make this list. Don’t let that influence your decision to visit these places though, they are amazing.

Other reserves that miss out include the Pilanesberg Game Reserve, Shamwari Game Reserve and the Madikwe Game Reserve to name just a few from other provinces in South Africa.

The Big 5 National Parks According To Us

In no particular order, we have chosen 5 of the best National Parks in South Africa that make up this list. These Parks include:

Each of the above National Parks are special and unique in their own way. 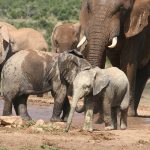 The Addo Elephant National Park is home to some special Eastern Cape vegetation and of course a huge population of African Elephants that were separated from the main population after heavy hunting for the ivory trade. When Addo was proclaimed a protected area, there were only 11 Elephants left. There are now around 600. 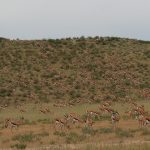 The stars and sandstorms are a characteristic of the magnificent Kgalagadi Transfrontier Park, formerly the Kalahari Gemsbok National Park before merging with the Botswana side of the Kalahari Game Reserve. It is well known for it’s huge herd of Springbok, Red Hartebeest and Eland, as well as the Black maned Lions and Brown Hyaena’s.

If you follow this website, you will know that it is dedicated to simply one of the best wildlife reserves in the World, drawing tourists from around the globe to visit this huge National Park, with some of the highest and densest animal and bird species and populations of any Park in the World. Not enough can be said about the Kruger.