The Stories Of The Kruger Logo was months in the making. We wanted this website to be completely unique, and with that we needed something that would stand out. We wanted to create a logo that people could identify with and in due course, identify the website.

Aimee and I were the first to get involved and we had countless ideas. We spent hours discussing how we could be unique with an Elephant (Her favourite animal). We just couldn’t get past how “commercial” it was in a sense that it is one of the Big 5. Uniqueness was key to us.

We then looked at the Baobab Tree; a symbol of Africa. We were happy with this idea but then we started to brainstorm more.

We decided to try and incorporate my favourite animal (Caracal) with Aimee’s (Elephant). We sketched the idea of their heads looking at each other.

We then took it a step further and added the Baobab into the background. We quickly scrapped the Baobab Tree for an Umbrella Thorn Acacia Tree. After a lot of analysis we thought this was it! The Umbrella Thorn had been used quite extensively on other brands and websites.

When we got to this stage, we sort of forgot about the commercial aspect. We tried to figure out how we could get this to work.

Adrian then joined us and came on board. An extremely vital part of our team. He played around with it, and mentioned the same thing; it wouldn’t really work and it would be too overwhelming.

Aimee then started to look at other animals. We looked through quite a few, including birds, but then it hit us, all of us. The majestic endangered Sable Antelope.

The Sable is arguably one of the most beautiful antelope in Africa. They are very rare, especially in the Kruger. The decision was made; we would go with the Sable. We found a few inspirations on the web, and then Adrian put his amazing illustration to work.

Here we have it; the Stories Of The Kruger logo, the Sable Antelope! 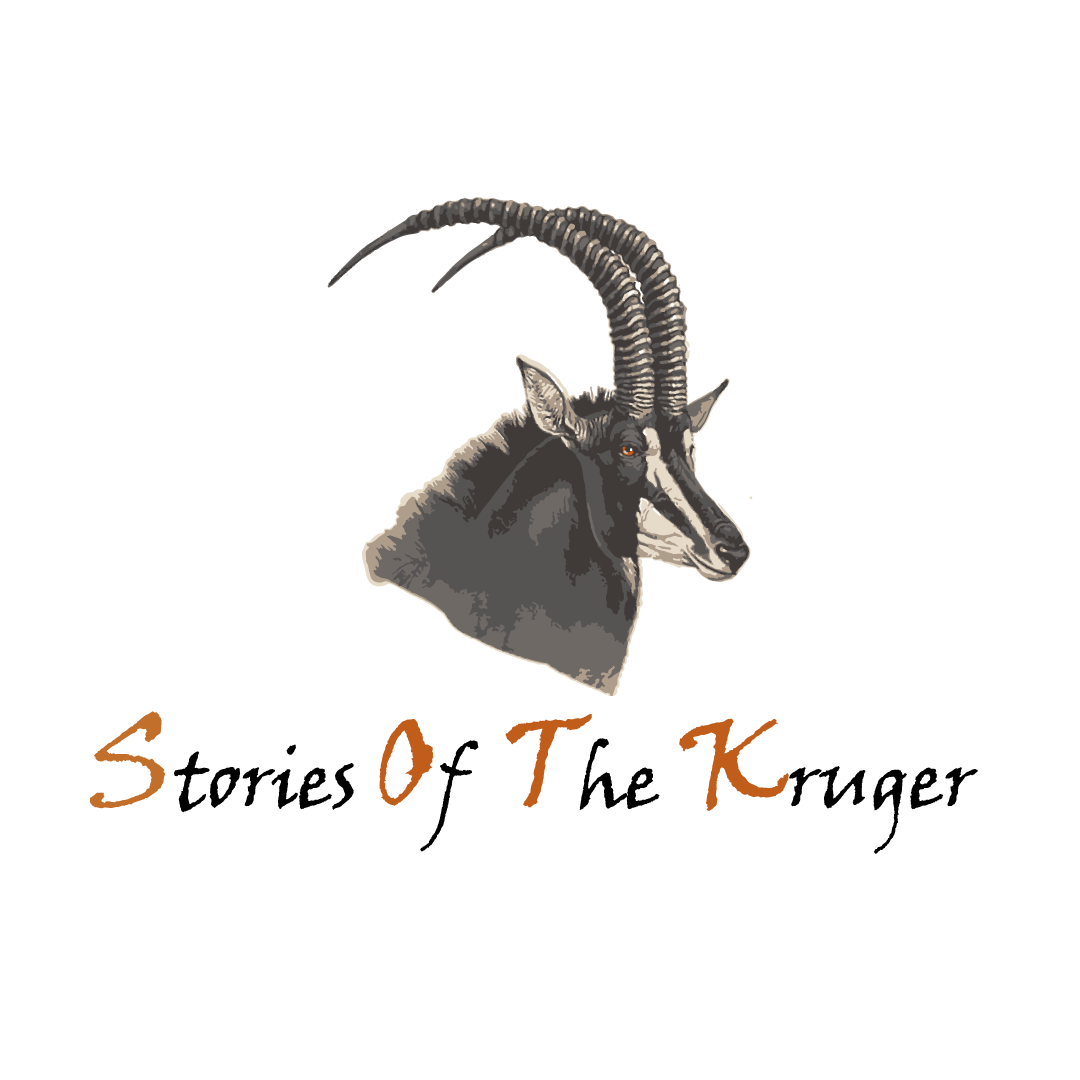