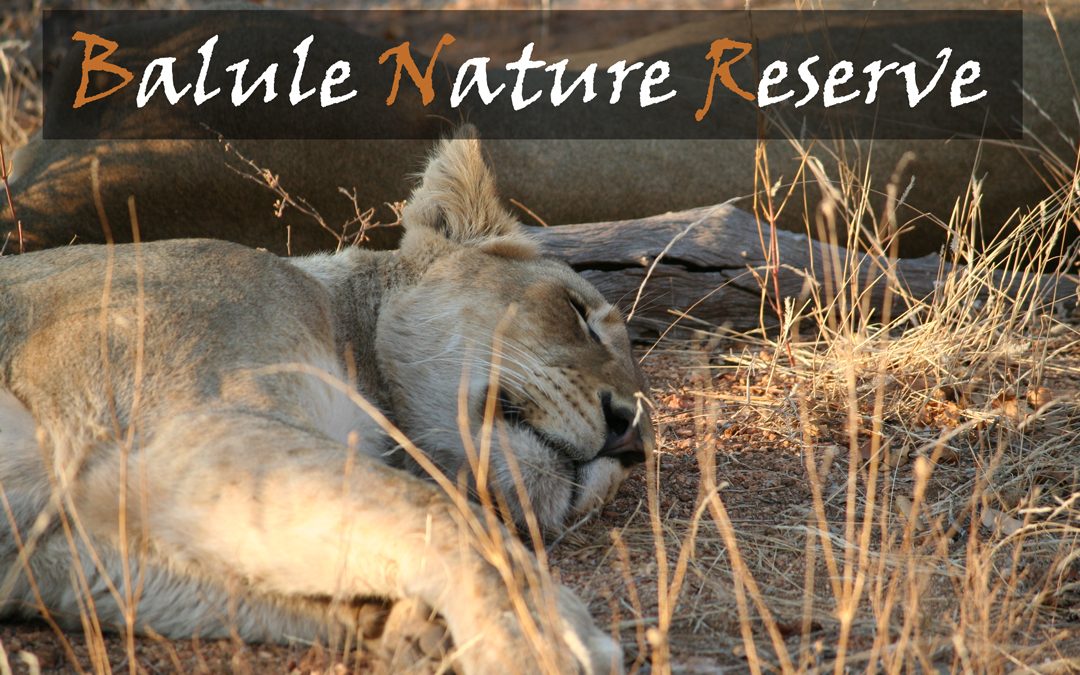 A Bit Of Information On Leopard’s View Game Lodge

Deep in the Balule Nature Reserve: Leopard’s View… What an amazing game lodge! This beautiful, peaceful and tranquil lodge is situated in the Balule Private Game Reserve, which forms a part of the Greater Kruger National Park. Leopard’s View is one of many lodges in this reserve, such as the Tshukudu Game Lodge, Naledi Game Lodge and Sausage Tree to name a few.

Leopard’s View is bordered by the Selati and Klaserie Private Reserves, which once again, form part of the Kruger National Park.

The fences of all these Kruger Park private game lodges were taken down years a go to allow the Kruger’s animals to roam more freely across vast areas. 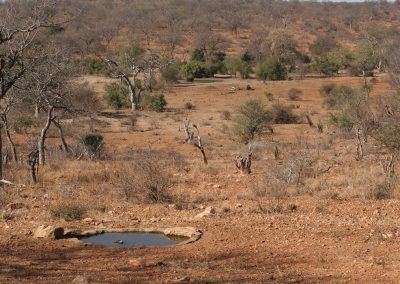 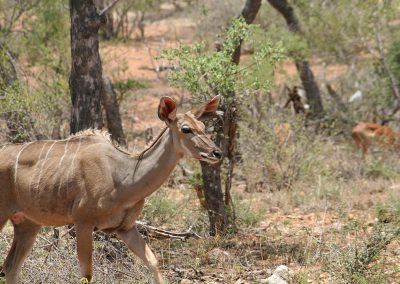 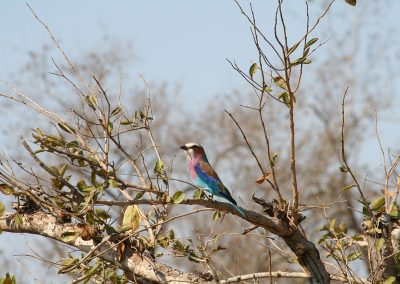 Now… The Story Of Our Trip To The Balule Reserve!

Let’s start from the beginning. In all my years and visits to the Kruger National Park I have never had the privilege of staying in a Private Game Reserve at a private Game Lodge. This already got my adrenaline pumping, oh and by the way, while I am writing this I am listening to night sounds of the Kruger Park on YouTube; but let’s not get sidetracked here.

The Balule Reserve is well known for being true wilderness.

Aimee’s mom was about to leave to Qatar for a year to carry on her Nursing job, and this was a farewell present. Aimee, my-sister-in-law (Ashlyn) travelled through to the reserve just after 1pm on the 11th of August 2017. When we started seeing road signs warning us of Elephants, Kudu and Warthog, we knew we were close.

We arrived at the gate, filled in the paperwork and took a 5km drive to Leopard’s View. We turned off the radio, put the brights on and proceeded to drive very slowly towards the lodge in the hope we would see some form of nocturnal creature. What we ended up seeing was huge damage from the Elephants on the trees and the boundary fence, which separates a small private reserve not connected to the Kruger Park.

We arrived at Balule around 6.30pm, and were greeted by an amazing married couple, Neil and Ann, from the UK. They used to come to South Africa a few times a year to visit the Kruger National Park, and eventually got completely sold on the idea of running their own Game Lodge.

We got to know each other over a few beers and a couple of glasses of red wine. We had a wonderful dinner, and the friendliness and openness of Neil, Ann and their staff were amazing.

My favourite times of the Kruger Park are night and early morning. Leopard’s View has an illuminated waterhole and small waterhole (Bird pool) right in front of the Lodge.

Being a lover of nighttime in the Kruger, Darryn (My brother-in-law) and I sat up until midnight watching the waterholes and listening to the sounds of the bush. We saw a mother and baby Scrub Hare come to drink at close range. They were not fazed of our appearance or the light at all. They seemed to be completely used to it. There are no fences around the lodge, only a high electrical line to keep the Elephants out, as they tend to favour a lot of the trees within the camp.

During that night there was peace and tranquility. Darryn saw a dark shadow move through the bush quite sleekly. Could have been a cat? Could have been a Badger or Civet? Could have been a quick moving antelope? That is the beauty of nighttime in the Kruger Park and at Leopard’s View. You do not know what you are going to see or hear. We did hear some amazing noises. Calls from the Lesser Bushbaby (Of which 2 are resident in the camp), Fiery-Necked Nightjar, Scops Owl and White-Faced Owl… Beautiful noises.

Darryn and I called it a night and then turned off the illuminated waterhole lights. Not even 10 minutes later we heard 2 different Lions calling. What a sound! We did not see them, but hearing them is one of the most beautiful sounds of the bush.

Neil checked the camera trap he has at the larger waterhole on the property and found out that at 1am a big Male Lion walked past. So we missed it by 20 minutes or so. Another thing about nature, you cannot predict what will happen. The Balule Reserve with Leopard’s View in it’s heart, is truly special. 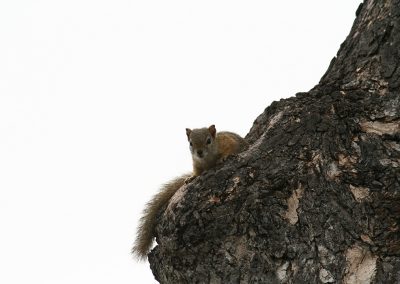 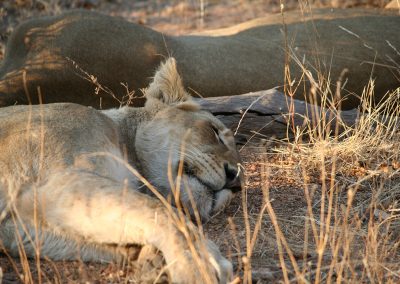 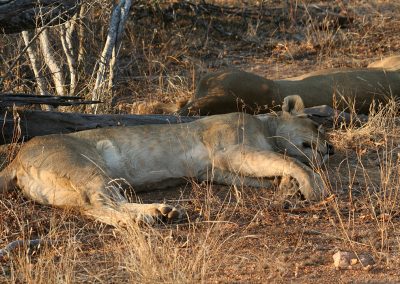 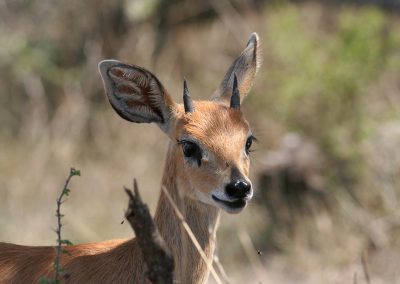 The Next Day! More Balule Magic…

We woke up the next morning, early of course, to hear the Lions calling for a few minutes. From then we spoke and listened over the calls of various birds.

Before breakfast, Neil took us out on an hours game drive. He explained trees to us, how old they were and what they were used for 100’s of years a go. We saw Impala, Tree Squirrel and Steenbok and over 20 bird species in a short space of time. The fresh, crisp air is hard to explain, unless you have experienced it.

We headed back to the lodge and had a lovely breakfast and then Darryn and I decided to go to the tower situated outside Leopard’s view, only about 5 meters away, and we climbed to the top with a few cold ones and monitored the African Savannah and waited for animals to come and drink.

After a few hours the sun had crept under the roof of the open “hide”, so after watching 2 herds of Impala come to drink, a few White Headed Vultures, a Lappet Faced Vulture and an amazing flock of 20+ Tawny Eagles circling together, we decided to go back to the shaded area and watch the waterhole from the pool at the lodge.

We saw a few more herds of Impala come to drink, and then we were off on a late afternoon game drive.

The Lion Close Up & Elephant Rage

Impala dominated the surroundings, as they do in the Kruger National Park, and the same applies to the Balule Private Game Reserve. We saw a few bird species, learned more about trees, especially the Leadwood, which is amazing! A very nice ranger from a nearby reserve told us about a lion sighting. So we headed towards the area and got extremely close to 2 beautiful Lions, sub adults by the looks of things, a female and a male. They were very relaxed around the vehicle and we did some “Bundu bashing” to get close to them. These lions could be the ones we had heard communicating, maybe they were mating?

There was definitely another male around, as the one caught on the camera trap was not one of the ones we saw at the sighting.

We moved on to let some other Private vehicles in. We kept driving and scared a Steenbok away and then we turned the corner into a huge herd of bull Elephants. I have never seen such a large herd of Bulls before; there must have been 10-15 of them.

There was one Elephant, who was not very happy with us, and mock charged the vehicle, we drove a few meters away from him and let him cross the road. The other Elephants were really calm, and we watched them for 20 minutes or so, eating and just watching their general demeanour. We then went for a sundowner, however it was almost dark at that stage due to our amazing sightings. The sky was still an amazing colour. We headed back to the lodge for dinner to hear the Lions roaring and the Scops Owl calling, we heard 3.

Neil then took us to stargaze, as there was a meteor shower that night. I have never seen such an amazing sky in all my life. We saw a satellite and a few shooting stars, but looking through the binoculars the sky rarely had any patches, it was just full of stars. On the way back we saw a Fiery necked Nightjar, one of my favourite nocturnal birds.

The Lions called at 2am and 6am, so we woke up to an amazing sound… The sound of Leopard’s View! Aimee and I then packed up after breakfast. We walked out of the room and saw Aimee’s favourite animal drinking. A young Bull Elephant. What a great way to end an amazing experience at Leopard’s View.

Thank you Neil and Ann! We will be back soon. (Have a look at the Leopard’s View Game Lodge website here)

We then drove back to Johannesburg through the Kruger Park from Orpen… But that, is another story.